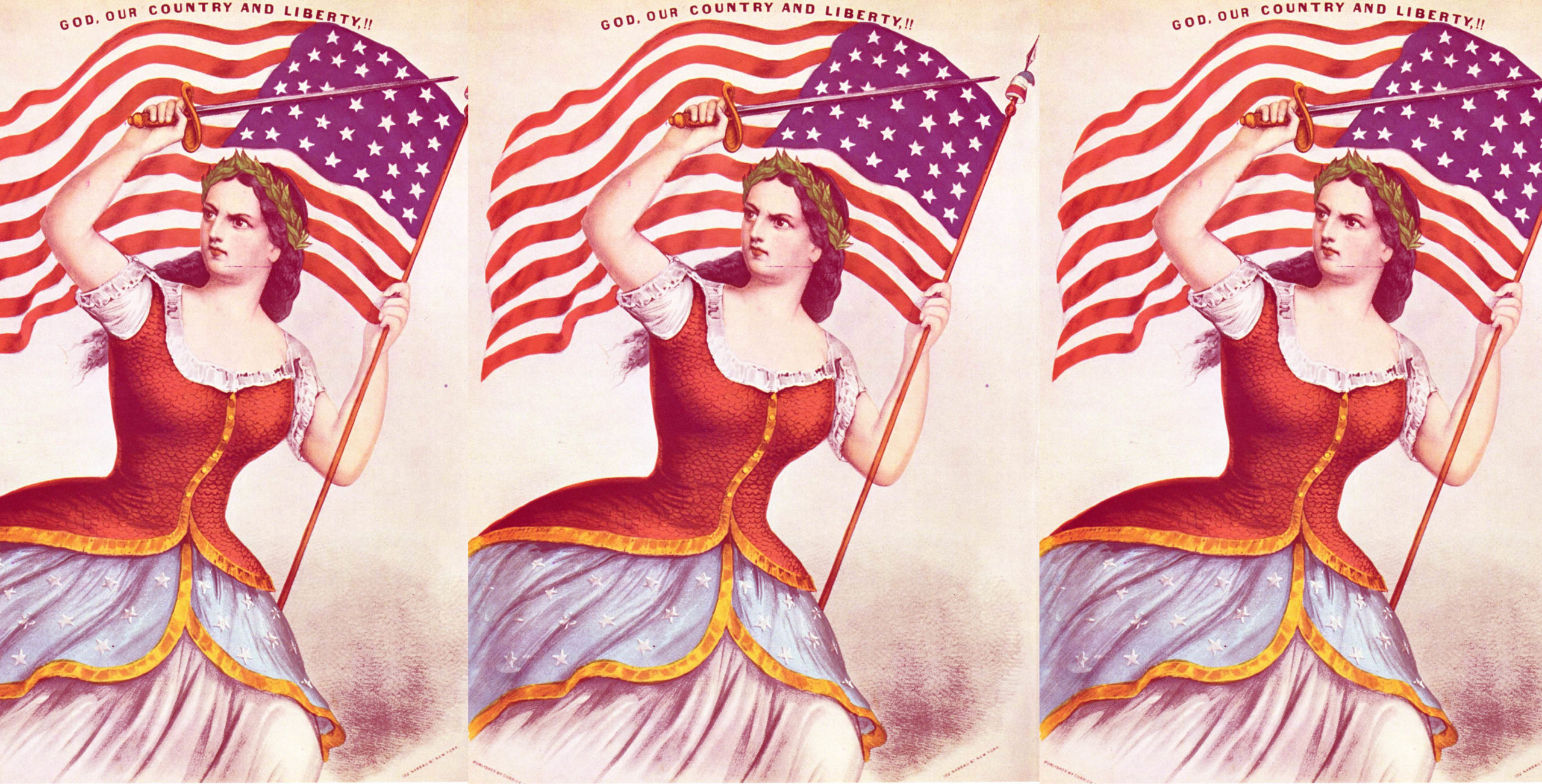 In Search of a Narrative

With the reversal of Roe v. Wade and the subsequent diminishment of the rights of body and life autonomy for women, I am in search of a narrative. This decision did not happen in a vacuum but in a context full of disturbing events. An unprovoked war in Ukraine. More mass shootings with inadequate responses. Additional revelations of the plot to undermine the integrity of our system of government. In the midst of all these human failings and betrayals, I find myself wondering why this Supreme Court decision feels so distressing. What am I to make of it? How shall I think of it and what should be my response?

Part of it is certainly personal. As I have written elsewhere, Syd and I decided to end a pregnancy after it was found that our baby had anencephaly. He had and would have no brain. We were offered options and chose the option to induce labor. It was heart-wrenching and right for us. If we were in that situation today, we would have no options other than to wait until the baby was born, and if born able to breathe, wait for him to die. Those who don’t know us and exhibit little to no compassion for us would have made the decision for us.

I think, too, of a teenage girl I once met as a social worker. She was not able to speak and had limited movement due to significant developmental impairments. It eventually became clear physically that she was the victim of significant sexual abuse. I remember thinking to myself that if I did nothing else in my professional life, being a part of the effort that helped protect her from further abuse would justify my career. She thankfully was not pregnant, but a girl in her situation today in Arkansas who was pregnant because of sexual abuse and assault would have to go through pregnancy and have a baby. Where is the justice and mercy for such a girl in that?

But it’s more than personal experience that fuels my distress, although that would be enough. I think it’s also connected to how I think about the world. The assumptions I make, conscious or not, and the beliefs I have about people that are challenged.

Here’s one assumption: I was born in 1962, and in my lifetime there has been uneven but persistent progress in equality and justice in areas of race, gender, sexual orientation, and gender identity. Historically, the pace and quality of progress has been breathtaking. It has not been simple or easy, and we are far from a place to rest and be satisfied, but it has been significant, life-affirming, and life-saving. It has also contributed to a backlash as hard-earned rights and benefits are now being taken away. This abortion decision is the most recent and perhaps audacious example but it fits in spirit with recent efforts to take away medical care from trans youth. Purposely causing harm and human suffering in service to another value or principle which undermines the full humanity of those harmed. Separating immigrant children from their parents is another recent example.

To be honest, I expected and expect resistance to progress in areas of social justice. However, the amount of dismay I am experiencing lets me know that deep inside I didn’t expect that we would so consciously and aggressively go backwards. I don’t want to live in a place of cynicism and expect nothing but the worst from others, but the assumption of progress that my lifetime had led me to expect is changing, must change. How much remains to be seen as I search for a reformed narrative.

I realize, at least to some degree, that a factor in my distress is my privilege. I have not lived in the world as a victim of trauma or violence. And I am a middle-age, white, straight, Christian man and not part of a historically marginalized or mistreated group in this country. I have benefitted from the benefit of the doubt from others more often than not. This has certainly impacted how I make sense of the world. My life experience has suggested that it was reasonable to expect better from people and the government than this. For so many others, that is not the lesson in their life experiences.

I have tried to live giving others the benefit of the doubt regarding their intentions—trying to assume good intention until proven otherwise. This has been a helpful stance most of the time. In my experience, most people most of the time are trying to figure out the “right” thing to do, to do “good.” How we define “right” and “good” is very subjective, of course, and often self-serving, and no one I know is above self-interest bias in this area.

In a world where elected and appointed leaders appear increasingly more blatantly interested in power and control, willing to rationalize immoral behavior and devise rationales to safe-guard self-righteousness on a grand scale despite the human costs, how much of this “assumption of good intentions” approach can I maintain? It need not be an all-or-nothing, either/or approach. The Good Book says to be as wise as serpents and innocent as doves. I’m feeling the need for some re-calibrating, but like most people with their assumptions and beliefs, I would rather not.

Even if I believe in someone’s good intentions, what happens when their judgment is not good? What does it mean to lose faith in the good intentions of leaders, institutions, and courts—all fallible human endeavors? And what does it mean to grant that someone or some group may honestly want and seek “the good” but that “good” is a human disaster for others? And little to no compassion is expressed or demonstrated for those harmed?  Extreme but contemporary example: the Taliban’s treatment of women and those who disagree in Afghanistan. What does it mean and matter if they are sincere in their beliefs that they are doing the right thing when what is done causes so much harm?

Growing up, I was taught that the United States was the best country in the world with more freedoms than any other. We were founded on ideals of liberty and equality and defended ourselves throughout history as freedom isn’t free. The country and religious tradition in which I was born and grew up were not in need of major reforms. Perhaps some tinkering around the edges. The big concern was that others did not agree with us and needed to be converted to our way of thinking and living. Individually we were flawed but that was because we didn’t live up to the requirements of our faith and country.

My adult experience has been a continual adjustment to those worldviews. American history is much more complex and morally complicated as is my religious faith tradition. Both my country and my faith tradition have caused great harm to others with acts of self-serving rationalizations and self-righteousness. Both have also served the greater good and the greater community. There are strengths on which to build and areas of needed repentance. What it means to be a good American and a good person of faith continues to evolve.

Which brings me back to the present, to today. For most of my life there has been an increased grappling with how we as a people—American people and people of faith—have fallen short and what is needed to make things better if not make things right. But today feels different. It feels like those who have resisted past reforms are saying, “Enough! We know better and we will use all the levers at our disposal to ensure that our version of morality—which serves the historic status quo and hierarchy of whose votes count most, which is mostly us—prevails. We will make the rules that all must follow even if we are in the minority. We will exploit the natural unfairness in our political system and change the rules, if needed, for our benefit. We will tell ourselves that we are saving our culture and country, and because the stakes are so high, we will be justified in whatever means are necessary to achieve those ends.”

Is this a proper and fair reading of the situation? Would those with whom I disagree feel justified in using the same or similar language to criticize my stances? And if so, what does or should that mean?

Seven years ago, the Supreme Court ruled that same-sex marriage is legal and “my side” rejoiced. It was amazing and inspiring. With this decision, what else might be possible for the cause of justice? Nevertheless, for others this was a moral disaster and a harbinger that the country was on a downward spiral.

Today the script is flipped. For those agreeing with the Supreme Court’s decision on abortion, there is reason to rejoice. It is amazing and inspiring. With this decision, what else might be possible for the cause of justice? Nevertheless, for others (on my side), this is a moral disaster and a harbinger that the country is on a downward spiral.

The similarities in responses suggest we share a common humanity and not that the decisions were morally equivalent. Humans from different perspectives seek purpose to give their lives meaning and direction. Opposing sides want to “take back our country” but what this language means for each side is very different.

So, in a search for a new narrative and amidst all the grief and questioning, here is what I believe today, open to be revised tomorrow: