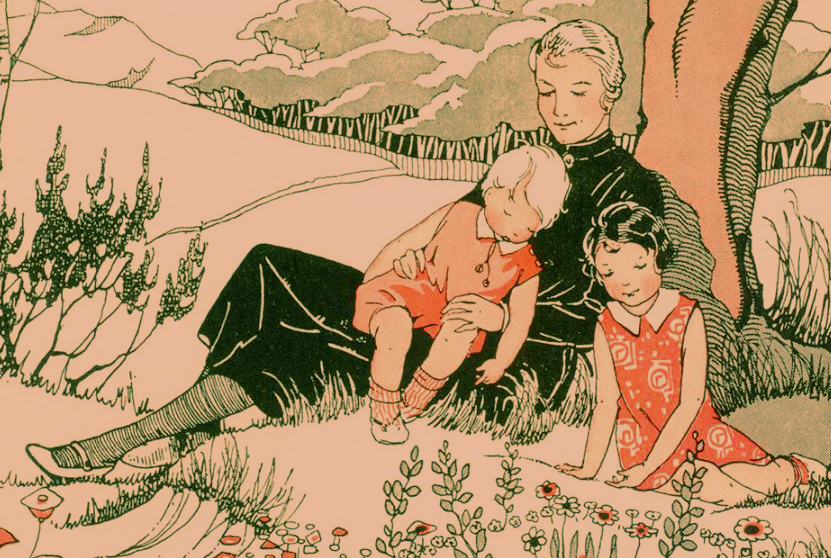 Everything Reminds Us of Baby Kerry (March for Life, Part II)

If you would like to understand more about our story, the story of Baby Kerry, I wrote about it years ago. Here is that essay:

After our daughter Lora turned two, we decided that it was time to try for a second baby. We were fortunate and it wasn’t too many months later when the pregnancy test came back positive and we began planning the bedroom for child number two. Lora was a book lover and we had these illustrated children’s books based on the books by Laura Ingalls Wilder. Each one started with listing the members of the family—Pa, Ma, Mary, Laura, Baby Kerry and their good ol’ bulldog, Jack. As the pregnancy developed, Lora started referring to the baby growing in Mommy’s tummy as “Baby Kerry” and we often did the same.

Not quite midway through the pregnancy, my wife called me at work on a Thursday morning passing on a worrisome report from her doctor. Her maternal alpha fetal protein level was high—so high that the doctor wanted to repeat the test to check the accuracy of the results. I was in a pediatric oncology treatment team meeting where I filled the role of social worker. After the meeting, I contacted the medical library at the hospital where I worked to get some articles about what could happen with an elevated maternal alpha fetal protein level.

The repeated level came back even higher and over the weekend we read the articles and were not comforted. The articles talked of neural tube defects, significant disabilities and even death of the baby. My wife and I were already challenged with living examples of what can go wrong in the development of a child in our jobs. Each month I met three or four new children diagnosed with cancer and my wife worked as a teacher in a preschool for children with a wide array of disabilities. Now we wondered if we would be joining the club of parents of children with disabilities or life-threatening illnesses. Would it now be “us” among the “them”?

Monday came and we moved to the next step of a level II ultrasound. I stared at the blurry screen looking for signs of anything. My wife could not see the screen but she could see tears in the eyes of the ultrasound technician who watched the screen and left the room to get the doctor. After looking himself, he assured us we had done nothing wrong but that our baby had anencephaly—our baby had and would have no brain and this condition was obviously not compatible with life. Our options were three—dilation and curettage, inducing labor and then delivery or continuing the pregnancy to term. We went home in shock, cried together and called our families and friends. The next day my wife began to have physical complications and we chose to induce labor and deliver.

I Know Why You’re Here

Our pastor came to the house and we all sat on the floor with a few friends as she prayed with us and anointed our heads with oil and blessings for the experience to come. Arriving at the hospital on a cold winter night, I left my wife in our room and went down to complete admissions paperwork. In the elevator, a stranger saw me as a young man in a hospital where many babies are born and said to me, “I know why you’re here.” I tried to smile and nodded but thought, “You have no idea why I’m here.”

Baby Kerry was born late the next morning. We didn’t know if it would be a boy or a girl but agreed that either way the name would fit (although the spelling would change). He was as big as my hand, burgundy colored with perfect hands and feet and missing a brain. As my wife took her well-earned sleep, I rocked and sang him songs that I had sung to our daughter—songs of faith that I had learned from my parents and grandmother.

His lungs were not developed enough for him to breathe but his tiny heart was beating and did so for about an hour and a half. Against my tendencies and history, the tears flowed freely as we shared our brief time together. I knew that there could be someone like me (in my professional life) in this hospital—someone who was called when bad things happened—but I did not want to share this experience and thankfully no one came.

Wonder in the Making

Kerry was cremated and we spread his ashes in the memorial garden at our church following a memorial service Sunday afternoon. Winter weather and icy roads almost kept family away but they made it to stand by and give witness. My wife and I read from a book of prayers in the service and asked that a baptismal song be sung. “See this wonder in the making, God’s ownself this child is taking…”

I heard this song again when I was back to work in the hospital. My family loved music and my parents knew many songs. Growing up it became habit to come up with a song to fit whatever was happening at the time. It was like continuously living in a musical. When I returned to the hospital, I was on call one night when a baby died. When the family expressed a desire for pictures to be taken of the baby, I walked down the hall and stairs to get the camera.

On my way back to their room, I became aware of the baptismal song playing in my head and I wondered how long it had been there. It reminded me of the dark humor of my unconscious when Kerry was born—then the song that came unbidden was from the Wizard of Oz as the scarecrow sings, “…if I only had a brain…”

Everything Reminds Us of Baby Kerry

In the spring, we planted a tree in the backyard in Kerry’s memory. While planting the tree I explained to Lora that the tree would remind us of Baby Kerry. Lora replied matter-of-factly, “Everything reminds us of Baby Kerry.”

Kerry was cremated and we spread his ashes in the memorial garden at our church following a memorial service Sunday afternoon. Winter weather and icy roads almost kept family away but they made it to stand by and give witness. My… Click To Tweet

It’s been twelve years since we said hello and goodbye in the same breath to Baby Kerry. Each year Lora and her four-year-younger brother, Noah, help put Snow Babies ornaments on the Christmas tree in Kerry’s memory. When someone asks how many children we have, I almost always answer “two” but in my mind, I’m thinking “two and a half.”

Not too long ago Lora asked if Kerry had lived would we have had Noah. Her memories of Kerry are few and fuzzy but her experience of Noah has been deep and affectionate. I replied that we had planned to have two children and so it was unlikely that we would have had more than two. She thought about this and replied that maybe it was a good thing, then, for otherwise we wouldn’t have Noah. Sometimes I wonder the same thing.