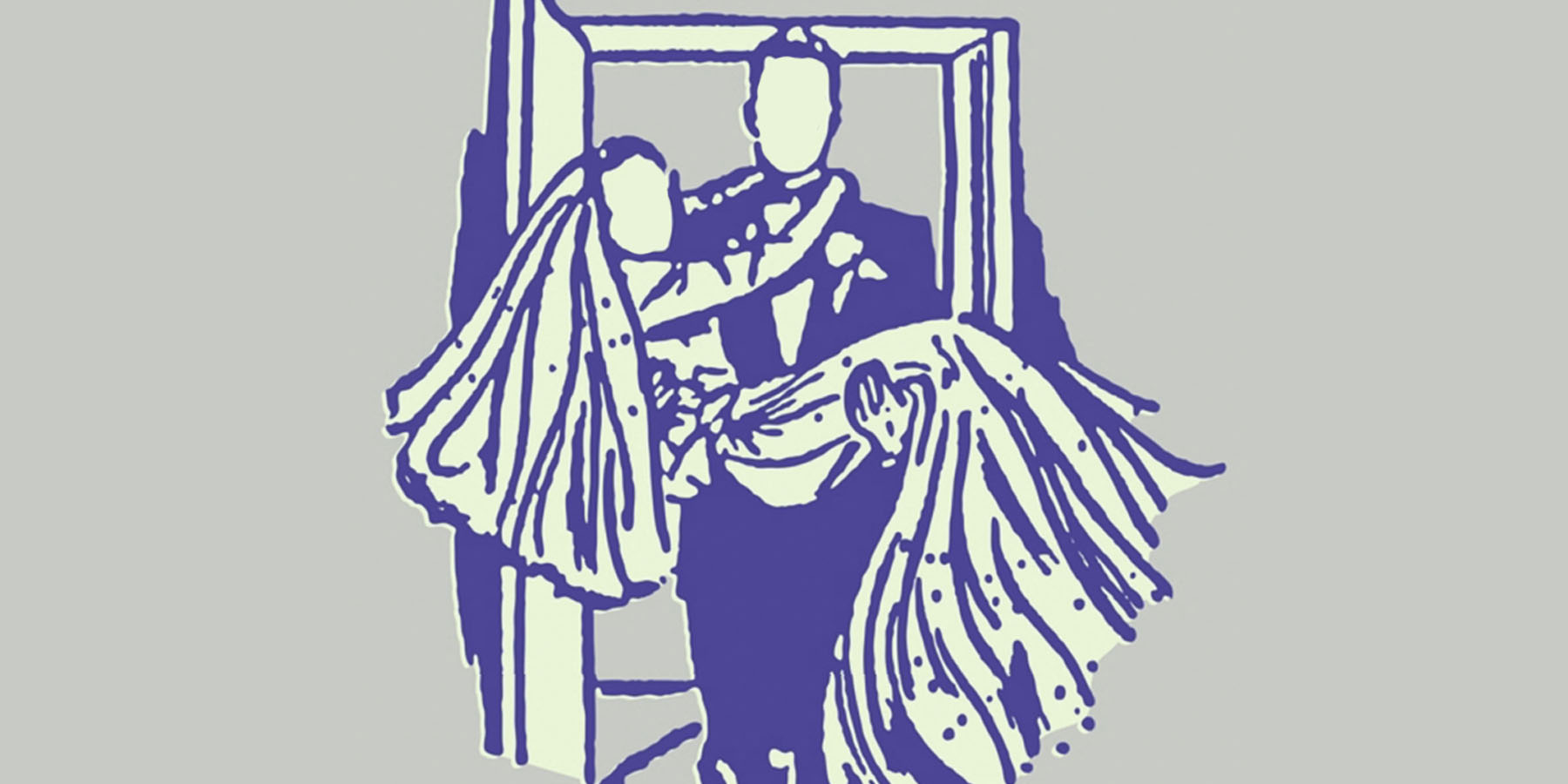 Chester has been with us for over three years now, and he’s made amazing progress. The thing is, so have I. But lately, I’ve found myself being pushed over my threshold.

I’m not a professional dog trainer, but I do live with dogs. And I put that in italics because I truly mean it. The dogs I live with are not just accessories; most of my day and night are arranged to ensure they are cared for and have what they need. As a former farm kid, the lesson that animals come first because they can’t do for themselves sticks with me. The dogs, in return, care for me, booping me when I’ve been at my desk too long, making sure I get out every day and move around, and making me laugh when I take myself too seriously.

When Chester came to live with us, he was very anxious. He wouldn’t stop circling the house, moving from room to room, in constant motion like a shark. I followed him around until I finally managed to put my hands on his back, and he leaned into me, realizing I only wanted to pet him. These days, I can’t sit down without him there, either snuggling up under my arm on the couch or creating canine origami in my armchair. While it can be a bit much, the level of satisfaction I get from his trust in me more than makes up for any irritation.

Chester’s coping mechanism is to carry a toy in his mouth, pretty much any time he’s anxious. To strangers, his toy habit is precious and they think he’s just showing them his baby. But I know that he’s got a toy in his mouth because it keeps him from putting his mouth on whatever is causing the anxiety. He does love his babies, though, and he’s always excited when they take a trip through the washer and dryer. He waits for me to open a dryer full of them so he can  have a baby party in the hallway.

Chester does have a threshold — we all do. The threshold I’m talking about is that point where no matter what coping mechanism he uses or how he communicates his anxiety if I don’t listen, he loses it. Once I paid attention and recognized the signs that he was near crossing that threshold, Chester hasn’t lost his marbles. We’ve built trust, Chester and I, and we listen to each other.

I have my own threshold, as well. And, while I have developed some pretty good coping mechanisms, that doesn’t mean I am never near my threshold when it comes to anxiety. I’m just (most days) a pretty high-functioning person with anxiety. Lately, though, due to a number of factors, I find myself teetering on my threshold.

My family is going through a large transition right now, in part because my wife’s employer finally nudged her just enough that it put her over her threshold. That story isn’t mine to tell, but I will say that while our decision to move back to the central part of the state and leave her full-time position as a hospital physician was made quickly, it wasn’t. We’ve been talking about the need for something to change for well over a year now, and it just took a small, seemingly insignificant thing to tip us over the line.

We’ve been through big shifts before — medical school and residency, for instance. When we moved back to Arkansas, we decided it was time for me to stop traveling so much for work and to shift my attention to writing, which was always the plan. As someone who always took pride in being able to take care of herself, and who always worked, sometimes with a side-hustle, my retirement from higher education was not a smooth transition. I struggled with identity issues — for so long, my work in higher education was the largest part of my identity. Five years later, I am finally comfortable answering the question “what do you do?” without hesitating or first explaining that “I used to be. . .” Now, the answer comes out: I’m a freelance writer and editor. But still, in this transition we’re making, I find myself flailing again in new and awful ways.

We made the decision that we are not going to buy another house in our transition back to central Arkansas. While the current market situation is one reason, as is our decision for Doc to take some time off to focus on her board certification which means we are budgeting in new ways, the main reason is we don’t know where we’ll wind up. We made the decision to rent, something we never thought we would do again. It didn’t take long for me to hit my threshold.

I get that we are not the typical renters. We’ve owned two houses together, and Doc has not rented since 1996. I’ve not rented since 2004. We’re in our 50s. We have no kids. We’re financially stable. But, just getting in the application pool was a nightmare. Even though we’re married, we were told repeatedly that both of us had to fill out applications that included a background check and credit check. That’s not a problem, but what is a problem for me — freelance writer, remember — is that they require all applicants to make at least 3.5 times the rent per month in order to even be considered. It doesn’t matter that one spouse makes more than 10 times that amount after taxes and other things are deducted — if the freelance writer only makes X dollars in steady assignments and Y (which varies as it’s royalties on novels that run six weeks behind), that’s a problem.

We literally had a realtor contact us that she needed my “check stubs” for my work, despite having Doc’s for the last quarter. Without our full tax returns, basically, they wouldn’t actually process either of our applications. We withdrew them and got our $100 back. But, the “we need Angelic’s pay stubs” took me over the threshold into a meltdown.

Thresholds are part of our culture’s marriage nostalgia. The image of the groom carrying the bride over the threshold of their home or church still pops up over and over in movies, for instance, even though few people are aware of the superstition that his doing so prevents “the chance of her stumbling, which would anger a group of ancient household gods.”

My domestic work seems to calm those ancient household gods pretty well. When your spouse works 80+ hours a week and could be called out at any time to go deal with work, you get to do all of the household management. In addition to writing and my own research projects, I literally pay the bills, buy the groceries, plan and cook the meals, deal with the bug guy, and arrange house maintenance on a 104-year-old house. I’m the one here to meet with the electrician when he comes out to wire something. I’m the one who makes sure the dogs get exercise, who buys the cat his expensive prescription food that keeps him alive. When we had a pool, I was the one who made sure we could actually use it.

In the past, I would have been cast as a housewife. And, honestly, I’m fine with that title. But I’m aware that in the eyes of those who are running for office in my state right now, I’m not a wife at all. Sarah Huckabee Sanders has been very clear that she believes states should be able to decide whether to recognize same-sex marriages. Likewise, Leslie Rutledge has repeatedly shown her disdain for marriage equality in the natural state. Both of them say they are all about protecting families and “American values.”

As long as the families we’re talking about fit their narrow definition of family — they don’t want to protect my family. We’ve been legally married since 2007, but not all states (not even the federal government) recognized our marriage. In 2013, Section 3 of The Defense of Marriage Act fell in the ruling on United States v. Windsor, and in June of 2015 the Obergefell v. Hodges case led to a 5–4 ruling in favor of marriage equality, making our marriage legal in all 50 states. Our rental struggles took me back to the years of having to do fancy footwork when I was married in some states and not in others.

Edie Windsor and Thea Spyer were together for decades. They built a life together. Before Spyer’s death, they made the trek to Canada to get married. When Spyer died in 2009, Windsor was hit with inheritance taxes on Spyer’s estate, which she willed to her spouse. The hitch was DOMA, which kept the federal government from recognizing their marriage, even though New York, their state of residence did recognize it. Like Windsor and Spyer, we married in 2007 in Canada, and when DOMA fell, we became legal under federal law, but not under Arkansas law.

Like Windsor and Spyer, we’ve built a life together over the last 18 years. The difficulties we’ve encountered in the last few weeks remind me I’m invisible to people like Huckabee-Sanders and Rutledge.  I remember protesting as Mike Huckabee held his Covenant Marriage rally on February 14, 2005, Dani holding a huge heart with “I can’t marry my Valentine” written on it. Dani and I met in Little Rock, protesting efforts to keep us invisible and keep us apart. And now, 18 years later, I can only wonder what Huckabee-Sanders and Rutledge have planned for Arkansas after November. The recently leaked draft opinion by Alito certainly sets the stage for those who want to bring down marriage equality to do so, and lots of us are already worried about rights being rolled back.

For the summer, though, our focus is on moving into our rent house and regrouping. Here’s hoping that the cardboard boxes don’t have to be used for protest signs, but maybe I’ll order some markers just in case.