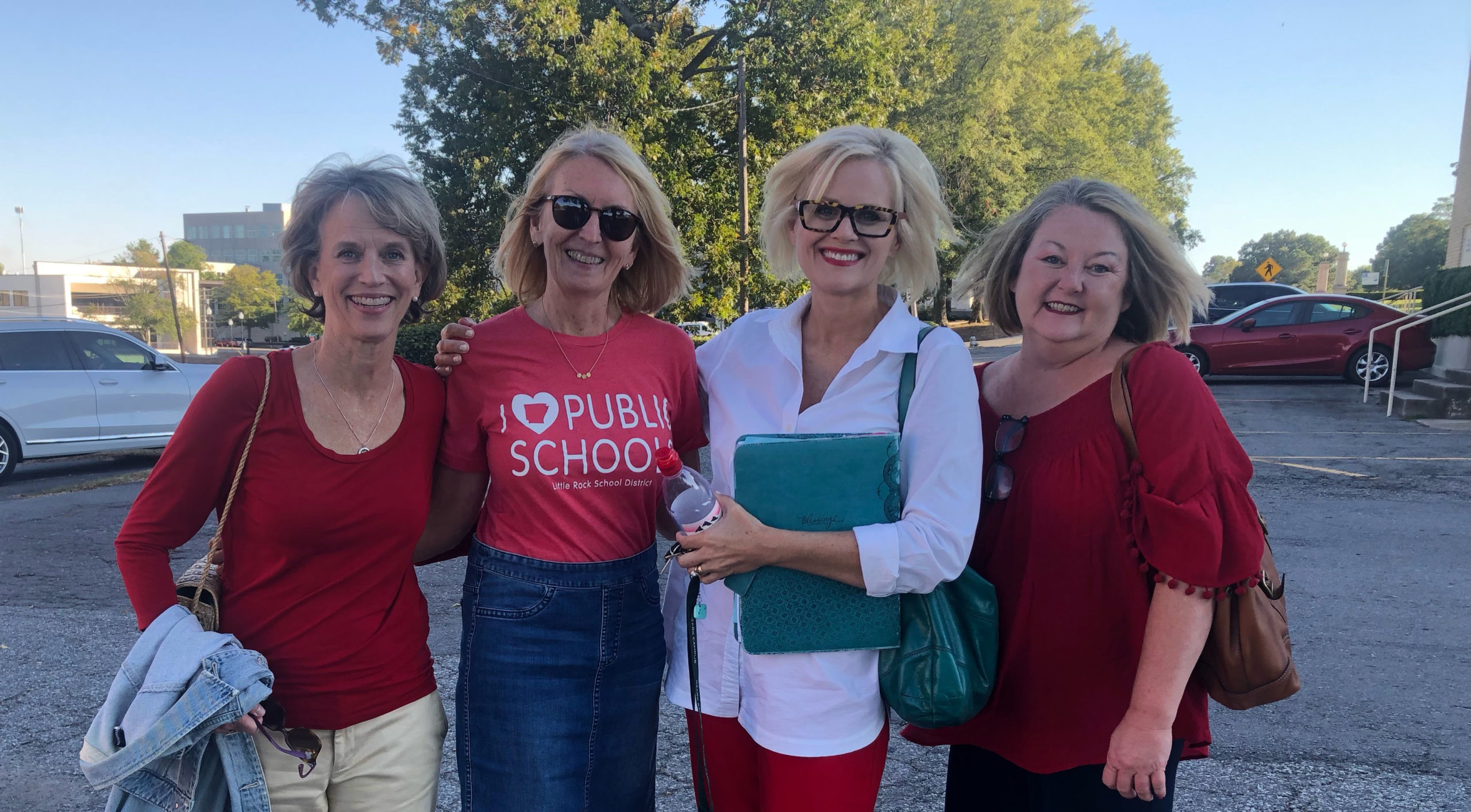 Our Legislators’ Injustice Toward Teachers

By Gwendolann Faulkenberry October 10, 2022 No Comments

“There is a cost to silence, and a cost to using your voice, and every day I wake up and decide which bill I’m going to pay.”

I read this quote one day as I scrolled through Twitter. The person who tweeted it could not remember who said it as she live-tweeted from a leadership conference somewhere. But she said it stopped her in her tracks, and it did the same for me.

Silence about injustice is not a good option. However, I have been at something of a loss for the right words since I attended the Joint Education Committee meeting Oct. 3. Arkansas Strong organized a sit-in for the few of us who could be there to represent Arkansas public educators, who were of course working their full-time jobs teaching 92 percent of the state’s school children.

Afterward I vented some of my biggest feelings with fellow sit-inners, who shared their own. “You should write about this,” one said. “You have such a beautiful way with words.” But they weren’t beautiful words I was thinking. They were angry ones. And I don’t ever want to write–or otherwise operate–from a place of anger. Not if I can help it.

One of my life policies is to try to approach people and situations by giving them the benefit of the doubt. I do this because it’s the golden rule, and it’s how I would have others do unto me. It is also insurance against becoming hardened and cynical. So even though I have been sorely disappointed by lawmakers these past years, I tried to set grace before me when I made the two-hour trip to the Capitol.

After all, this was the meeting in which they had the chance to keep their word–all of those who voted against staying in special session to discuss teacher raises. Back in August, they told us it wasn’t because they were against us. When we questioned where they stood, most of their correspondence contained a form of this answer: I am for teacher raises. Just not in special session. I want to do it the right way, you see. This is not the time. There is a proper procedure we must follow. After the adequacy study, we will make recommendations. That is the correct order of things. That is how it needs to be done.

I was not inclined to believe this based on past experience. Nor did I appreciate the implication that concerned citizens were stupid enough to believe a tax cut for wealthy Arkansans is more of an “emergency” than the education crisis–and therefore special session material–while teacher pay is not, or that in some other way the tax cuts are good stewardship of the surplus $1.6 billion, but using it for teacher raises is bad. Still, I hoped the desire to do right eventually, and perhaps more thoroughly based on the study, might possibly be true. At least for some.

But evidence from the recent meeting proves otherwise.

I had a sinking feeling when Rep. Bruce Cozart, the House Ed Committee chair, came down to greet the row of ladies in red who were with me in the audience. One asked, “Do you have a proposal for teacher raises?” He answered that they did, and it was great. “You are going to love it.” She pressed, “Will you tell us about it?” He smirked.

“Oh no, I can’t do that now.” He tamped down the air with his hands. “It has to go through the process. You’ll have to wait. But I think teachers are going to be really happy.”

Cozart went on to say how he had gotten a “bad rap,” and claimed, again, that he was truly a big supporter of public schools. That was strange since the only bad rap I know of was one he gave teachers at a Garland County Tea Party meeting where he said, “The reason people are losing their faith in the schools is because of teachers who do not want to do what they need to do for the betterment of the kids. That’s not their priority. Their priority is just themselves.” Perhaps he thought we wouldn’t know that is a quote directly from his mouth?

I mention this interaction because it so perfectly captures the pervasive attitude a supermajority of legislators has toward teachers: my experience since the first time I tried to engage at a House Ed Committee meeting years ago, the atmosphere of the ALC meeting this summer, the tone of the not-so-special session, and the result of this latest meeting in which it was proposed that Arkansas raise the state minimum teacher salary to $40,000. This travesty of justice was the proposal Cozart believed we educators would love.

What mental gymnastics does a lawmaker–or body of lawmakers–have to perform in order to presume this? Is the disrespect intentional, or blindness brought on by power’s corruption? Maybe it does not matter, since the consequences are the same either way: The 30,000 highly trained, professionally certified teachers of Arkansas–and those great young minds who consider going into the profession–are increasingly demoralized, denigrated, and disappearing.

Consider the hubris of this scenario: In 2022, the minimum salary for part-time legislators in Arkansas is $44,357. In addition, if they live within 50 miles of the Capitol, they get $59 per diem; the price increases to $155 per day if they live further away. On top of that they are paid 58.5 cents per mile they travel. No college degree is required, no professional certifications; they need not even have knowledge of the law. (I would add they need not have knowledge or experience in any of the areas for which they make rules and spend millions, like education, medicine, agriculture, small business, transportation, public safety, etc.)

A starting full-time teacher’s minimum salary in the state of Arkansas is $36,000. There is no per diem, nor is there any mileage provided. At least a bachelor’s degree is required, plus official certification and licensure, which includes passing the Praxis Principles of Learning and Teaching exam, and further Praxis exams in one’s specialty area.

Ours is the lowest starting salary in our region, which is the lowest paid region in the country. Because neighboring states pay better, they recruit our teachers fresh out of college. Many also recruit our veteran teachers because of better pay and benefits all the way up the scale.

Yet, even after the fiscally conservative governor and ADE proposed raising the base teacher salary by $10,000, backed up by a solid plan for how it could be funded in a financially responsible way, our Legislature balked. Then they refused the compromise offered by the governor, and another proposed by the Democratic caucus.

Elected leaders–who have no qualifications other than citizenship, residency in their districts, and being at least 21 years of age, who are paid $44,347, plus per diem and mileage, plus benefits for a part-time job–denied the professional educators expected to be responsible for the mental, emotional, and physical health of 473,861 school children in Arkansas.

The offer from the House Education Committee, pushed by Representatives Cozart, Evans, and Vaught, is $40,000. Which keeps us behind not only them, as our part-time lawmakers, but educators in the rest of the region. This is more than $5,000 less than the part-time salaries of every legislator who supports it, if you factor in even a few days of their per diem and mileage expenses. For our full-time jobs. And they expect us to be happy–to “love it.”

Much of the discussion in the meeting compared schools to businesses. There’s a call popular with the supermajority for them to be run more efficiently as such. But a wise business person knows that to attract and keep the most talented people in key positions, they must be paid well.

Unfortunately, many large corporations exploit their least skilled workers by paying them poorly because they regard them as easy to replace. This corporate greed and arrogance manifests in the disdain of lawmakers toward educators. Rather than recognizing we are the keys to our children’s–and therefore our state’s–future, they have no appreciation for our hard-earned skills. They think we are easy to replace.