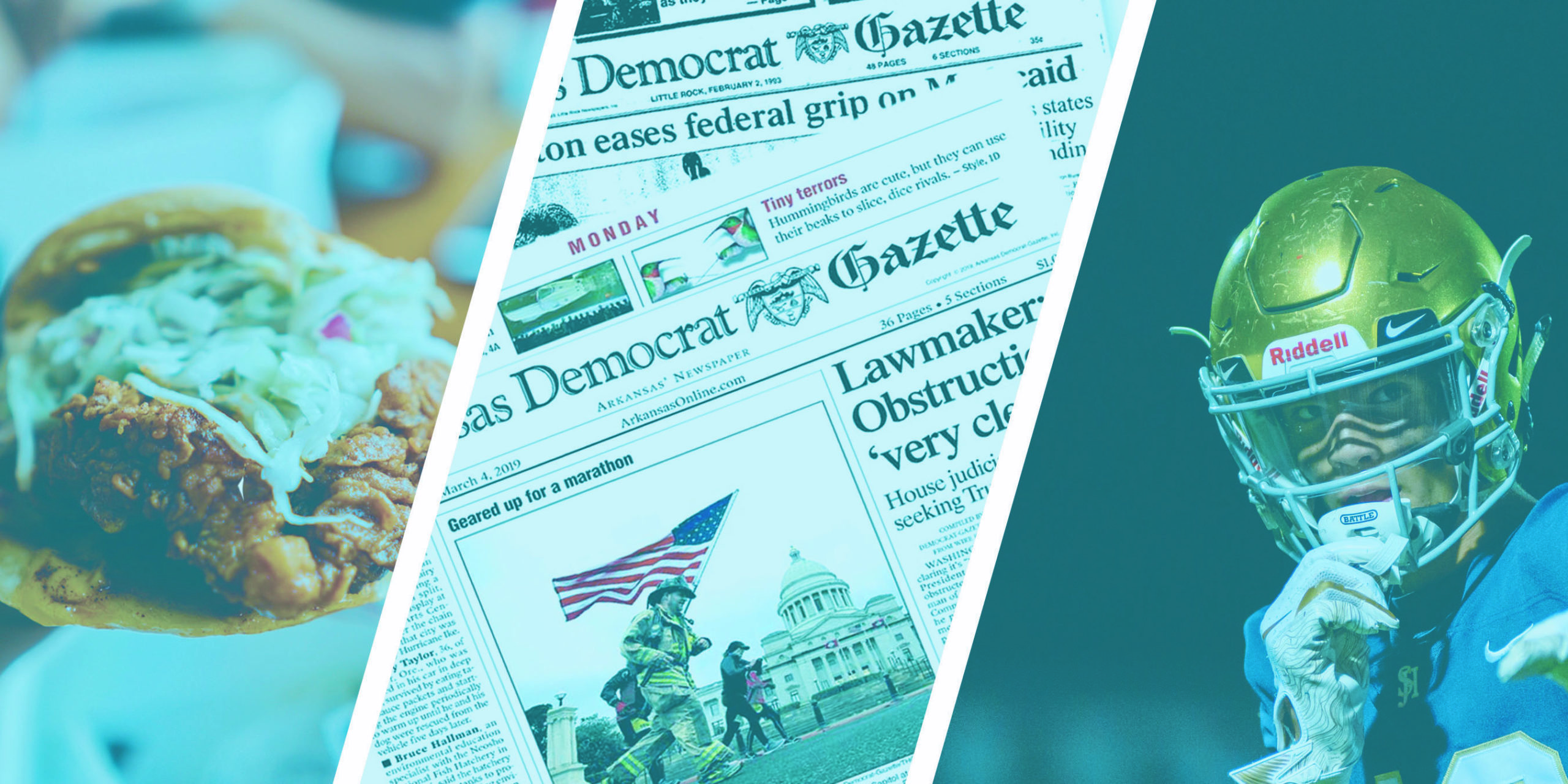 The Man Who Comforts Arkansas

Arkansas Strong in the making

When I was floating my plans for Arkansas Strong, a friend told me, “You need to meet Rex Nelson.” Astonished that I didn’t recognize the name, my friend went on: “Rex is famous in the state of Arkansas. He writes for the Democrat-Gazette and does about a hundred other things. He’s only the nicest guy you will ever meet. You guys have so much in common…Rex loves Arkansas. He goes all over the state writing about the good things that are happening, especially in small towns.” This friend had a vision Rex and I might end up on the road together and do a show called “On the Road with Rex and Gwen.” He introduced us in an email, certain we would be peas in a pod.

What he wants from state leaders now is not allegiance to a party, but a return to serving people. Meeting practical needs. He wants Arkansas to be kind, prosperous, and safe, guided by common sense. Click To Tweet

He was right. I met Rex one morning in Little Rock at the Capitol Hotel for breakfast. By this time I had done my own research and understood that Rex was a big deal—Washington Bureau Chief for the paper during the time of Senator Dale Bumpers; Director of Communications for Governor Mike Huckabee, and appointed to the Delta Regional Authority by President George Bush. Also a husband, father, sports radio commentator, and author. I felt like a moron for not knowing who he was before; it was a huge honor he agreed to meet with me.

Listen, learn, and leave with a changed perspective

I sat waiting for our meeting, sipping coffee all nervous and fidgety. That lasted till the moment Rex walked through the doors of the Capitol lobby, instantly spotted me, and smiled like a long-lost friend. As we walked together into the restaurant Rex greeted everyone he knew, which was everyone. When we finally made it to our table and ordered, Rex pulled out a yellow tablet. “Just thought I would ask you a few questions.”

I had planned to interview him, but ended up telling him my life’s story. It was a lesson in journalism  watching him work. He took complete charge of the conversation, asked brilliant, probing questions, listened with rapt attention, led me from one subject to the next. In other words, all of the things I usually try to do when I interview people—and had planned to do with him. But there’s no managing Rex Nelson. I usually think I’m not the easiest person to lead or guide, but Rex puts you under a spell. He’s like the favorite uncle you wish you had, the one you can trust with anything.

What Rex does is remind us of the best that is in us—the good we have been, and can be again. Click To Tweet

Our hope for Arkansas

Since that day Rex has been a mentor. Someone I want to emulate. He’s a lifelong Republican with many friends on both sides of the aisle. He’s sad about the meanness he sees coming from Christian people and feels somewhat disoriented, as I do, in places that used to feel like a spiritual home. What he wants from state leaders now is not allegiance to a party, but a return to serving people. Meeting practical needs. He wants Arkansas to be kind, prosperous, and safe, guided by common sense. And while his work occasionally finds him bravely touching on the subject of politics, mostly what Rex does is remind us of the best that is in us—the good we have been, and can be again.

He does this by seeing us and celebrating our successes. One day he’s in the Delta, writing about how well we grow rice. The next week he may be in Northwest Arkansas, pointing out our business acumen, philanthropy, and artistic success. He’s especially fond of restaurants that serve world-class food in rural areas. The places in Dumas and Lonoke and Hazen where people know your name when you come through the door.

There may be anger and unrest and fear on Facebook and stormy weather on the nightly news. But Rex, without sugar-coating, gently lifts our eyes to the good. The true. Click To Tweet

He likes to find us doing new things in creative ways, making a difference in the world whether it’s a museum in McGehee or casino in Pine Bluff. Rex is there whether it’s a ballgame or a ballet. He is there for all things Arkansas.Like the Southern food he samples around the state, Rex comforts us. Things may look bad in our legislature. Covid may ravage those we love.

There may be anger and unrest and fear on Facebook and stormy weather on the nightly news. But Rex, without sugar-coating, gently lifts our eyes to the good. The true. He shifts our focus to the excellent things that are worthy of praise. Week after week he amplifies voices of everyday Arkansans who are out there in every region, doing good work. And in sharing their stories, he brings light and hope to the state we’re in.