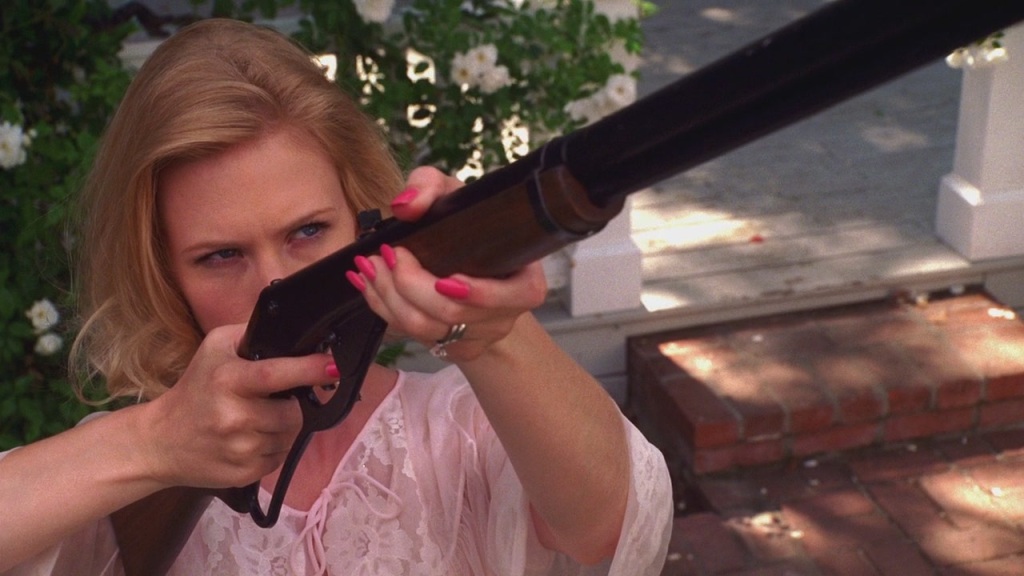 I felt as if I didn’t really know my boyfriend’s mom, N. Gretchen Davis, so I interviewed her for a class assignment. She is forty-eight years old, or as she put it, “kissing the ass of fifty.” She grew up in Mountainburg, Arkansas, which is a small town just south of Fayetteville, Arkansas. Gretchen described her hometown as peaceful and safe. Friday night football was one thing that is very popular there. With the stadium lights almost lighting up the whole town, the crowd cheering as loud as a lion’s roar, and simply the smell of a hot dog from the concession stand, she said, “Mountainburg smells clean, like rural nature.”

Some of Gretchen’s hobbies include shooting and reading. She enjoys shooting because of the skill set; she compared it to “playing a game of chess.” You must be aware of everything. “One shot, one kill.” The bang of the gun and the round zooming through the air and breaking into the target. She believes is just amazing. For Gretchen, the smell of the gun powder and sulfur is like a sunset and flowers for others. When she shoots, she feel in control. She does this because it is part of her job. She is an international arms dealer.

Gretchen also enjoys reading, and she is always learning something. She said, “I do not like ignorance.” It also turns off her brain, not having to worry about anything else while she reads. She loves to walk into an old law library and smell the leather and ink bedded into the old books. She described it as “smelling history.”

“A good book has no time limit; I can go anywhere… If [something] can be done, there’s a book for it.” Reading relaxes Gretchen.

Gretchen still lives in her hometown of Mountainburg, Arkansas—where everyone knows everyone. Gretchen has three kids, as well as her still living parents and her one brother. She described her family as close, saying “family is important.” Her friends would describe her as loyal, honest, and stubborn. “She will tell you what you are doing is wrong but will be there every step of the way,” one stated. Another said, “she will never sacrifice you or y’all’s friendship.”

Her family describes Gretchen as devoted, bull-headed. If she puts her mind to something, she will do it. Her mother specifically described her as a bad influence with a foul mouth. Gretchen, upon hearing this, said, “that apple didn’t fall far from the tree.”  Her co-workers would say she has an open-door policy; she’s always there when one needs help. “She’s firm but not strict.. She guides us but will not dictate to us.”

Most importantly for Gretchen, it’s not how the world sees her but how she see herself. She described herself as cold, dark, and loyal. All in all, N. Gretchen Davis is a considerable person who is there to help but will not get personal with someone. But, she will do all she can to help her family and friends. She will work her heart out but will remember to take the time and do things she enjoys. That is N. Gretchen Davis.