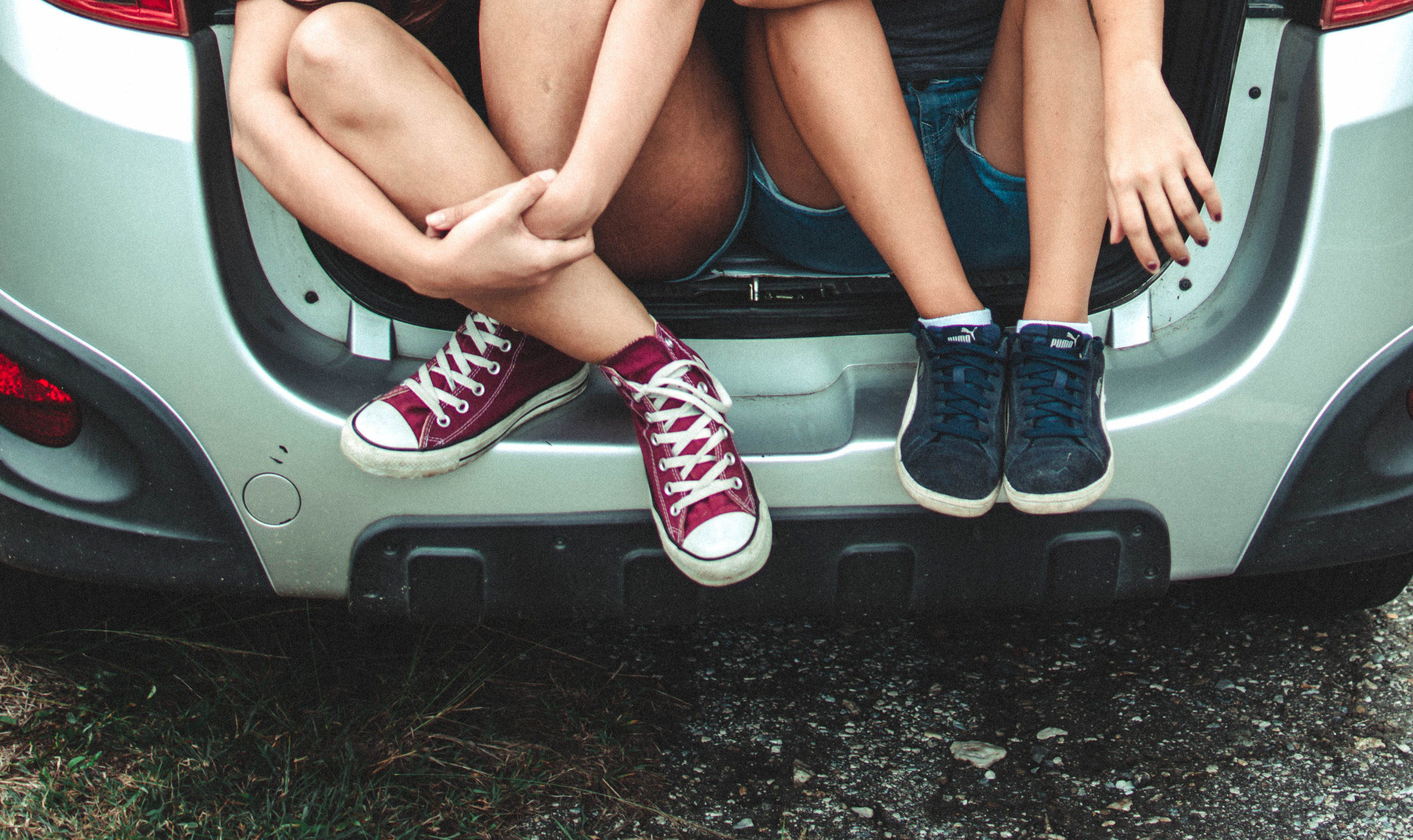 I met Jill Lawrence when she was Jill Stocks. We were both part of a Christian group called Student Mobilization on campus at the University of Central Arkansas. The first time I saw her I was intimidated by her stylishness, the easy way she carried herself in ripped jean shorts and a white T-shirt with a cool belt. She had big eyes, big lips, and a big personality. Everyone seemed to love her.

I was lucky enough to be in a Bible study with a group of girls who met at Jill’s house. Like you do in college, we got tight quick. We spent a lot of time together, reading, talking, and praying; carving who we were out of who we’d been and who we hoped to become. Most of us girls in the group were dating guys in a corresponding Bible study and moving toward marriage. When the time came, I would be in her wedding as she became Jill Lawrence, and she would stand beside me as I took on the name Faulkenberry. Those were great days—fun days. Easy days.

After college we went our separate ways; Jill to Little Rock and I to Northwest Arkansas. Her husband was a banker and she started an interior design business. I was married to a coach, attending law school, and would soon teach and take a job as a writer for DaySpring Cards. We kept in touch a little.

In the next few years we sent birth announcements with pictures of our children. I moved to Ozark and she came to see me once. I saw her a time or two in Little Rock. Life was busy. But every time we connected, no matter how much time had passed, Jill and I were just the same. We shared an implicit trust in each other that transcended any growth or changes.

Fast forward several years, and I found myself in the hospital in Little Rock with my daughter, who had back surgery at UAMS. Jill saw a post about it on Facebook and showed up one night with a bottle of wine and some life-giving snacks. She sat in that room with me while we caught each other up on our children’s teen years, our personal successes and failures, the evolution of our faith. It would be hard to overstate how much that visit meant to me. Her friendship had long been an anchor for my soul, but her tangible presence in that place, in that time of such fear and vulnerability, fortified me in a way I didn’t even know I needed. I just know when she got there I felt depleted of every kind of energy. By the time she left I was strong.

In the last couple of years I’ve kept the road hot between Ozark and Little Rock, tending first to campaigning and fund-raising, and since my failed election dabbling in business, writing, and public policy. And staying with Jill. It was she who introduced me to her neighbor, Congressman Vic Snyder, and his wife Betsy, who became supporters and remain my dear friends. I was down there last week for a political event one night and the hearing on HB 1571 the next day. I think I texted Jill the day before to make sure I could crash on her couch.

“Oh, we even might find a bed for you!” She whooped, adding that she had to fly out the next morning at 4:30 but I could stay as long as I wanted.

I had meetings all day before heading to Jill’s house to freshen up. It was an hour till I was due at the event, a gathering in an upscale neighborhood. My aforementioned intimidation related to Jill’s sense of style is due to the fact I have very little. I had labored over what to wear that evening, putting together the perfect outfit, with matching shoes, jewelry, the works. For the hearing the next day I’d chosen a new tailored dress. It reminded me of Jackie O. and I planned to be just as classy and understated as she always was. When I pulled into Jill’s driveway and got out, I opened the back door of my van and stood gaping in disbelief. While I had packed my bag with all of the shoes, make-up, and pajamas I needed, my hang up clothing was nowhere to be found. I searched the van, hoping it had fallen or slid somewhere invisible. But the truth hit me like a punch in the gut. I forgot my clothes!

Jill opened the door with smiles and hugs, effortlessly elegant as always, and I blurted out, “I need clothes. I guess I have to go to Dillard’s. The thing is in an hour. I don’t know what I’m going to do.”

“You forgot your clothes?” There was a smile at the edges of her eyes. I nodded, looking I am sure like death.

“Well get in here! We will find you something.”

Within five minutes I had a fun, flattering, summer dress on for the party, and a sleek black number for the hearing in the morning. Jill’s favorite dresses—the ones that make her feel good, she said—just the right size for me.

I don’t know if things like this happen in other places where people are more formal, not as generous, not as steeped in Southern hospitality. I do know there’s a magic about Arkansas that fosters lifelong friendships that really feel more like family. Bonds form over shared faith, rural values, and qualities like loyalty. Seeing with the heart. Loving one another. Showing up.

That’s what we do for each other. Whether it’s with a bottle of wine or without clothes, friends show up.