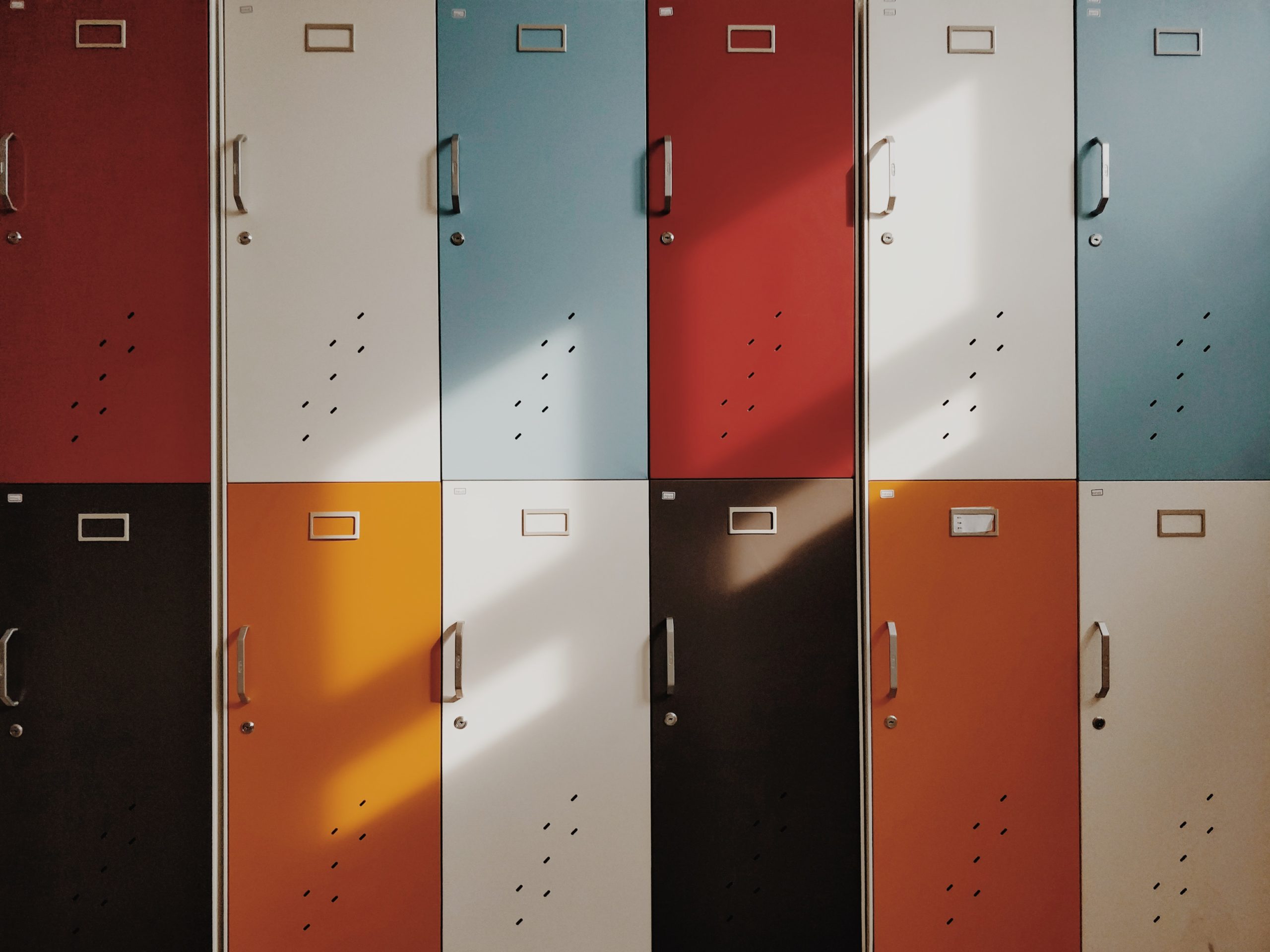 A Tale of Two Students: The Gift of Public School

The Best of Times for Grace

It was the best of times for Grace. She was born into a loving family where both parents have graduate degrees and well-paying jobs. They’ve been married to each other for 26 years, live in a beautiful home on several acres, and have lots of books on their shelves. They even have a grand piano. Grace takes lessons.

Grace’s mom takes her shopping for all of the latest styles and lets her pick out school supplies. Her dad helps with math homework. They have plenty of healthy food and most nights the family sits around the table together and talks about their day. At night, after a nice bubble bath, Grace’s parents read her a Bible story and tuck her into bed. She gets a good night’s sleep. In the mornings Grace’s dad makes a hot breakfast, mom packs her lunch, and she rides to school with her aunt, a teacher who lives next door.

Grace’s parents go to conferences with her teachers. They hold her to high standards. Grace works hard and takes advantage of all of the great things her public school offers, and graduates as Valedictorian with 30 hours of concurrent college credit. She becomes a National Merit Finalist, gets the Governor’s Scholarship, and goes to the University of Arkansas on a full ride. Her long-term goal is to attend law school and move back to her small town to raise a family and practice law.

The Worst of Times for Justin

The other student we’ll call Justin. He’s the same age as Grace but it’s the worst of times for him.

Justin doesn’t know his dad and his mom, who had him at 16, is on drugs. He lives with his two younger siblings way out in the mountains in an old shack with his disabled grandmother. Their yard is full of trash—old cars, rusty appliances, and broken toys. Two skinny dogs languish on chains.

Justin sleeps on the couch. He squirrel hunts so the family has something to eat for supper. His grandma doesn’t get her check for a few more days. There are three potatoes on the floor and an onion in the fridge; old grease for frying the squirrels. That is all. If it weren’t for free breakfast and lunch at school the kids would be starving. Some church in town sends them home with backpacks of snacks over the weekend.

Justin’s pants are too short and his shirt is stained. His shoes have holes. He doesn’t own a coat to wear in winter. But every morning a big yellow bus rumbles down his dirt road, stops to pick him up, and takes him to school. School is warm in winter and cool when it’s hot outside. Justin feels safe there. Although he goes to bed hungry, doesn’t sleep well, and Grandma has never read him a story, every morning Justin walks through the same door to the same classroom as Grace. He sits at the same table with the same books. All day they both interact with the same highly trained certified teachers. Because Justin was screened for dyslexia when a teacher noticed difficulty reading, Justin gets explicit, direct instruction from a dyslexia specialist. Justin’s favorite class is shop, where he’s discovered he has a knack for welding. Justin is good with his hands.

Justin eats a hot lunch, goes to Math lab for extra help with Geometry, and plays football where he’s part of a team. His coach is a good man who encourages him to do well in school and checks his grades every week. Because Justin works hard and takes advantage of the great things his public school offers, Justin graduates and receives his high school diploma. The school counselor helped him fill out a FASFA, so he gets financial aid to attend the local community college where he plans to become a welder. He’ll have a good job waiting as soon as he’s certified. Justin’s long-term goal is to get a place of his own and help his siblings make it through school.

This story may sound outlandish to non-rural readers, maybe even rural non-public school teachers and staff. But these students are not fictional. They are actual people. The people our schools serve every day. Grace’s name has not been changed—she’s my daughter—and Justin, whose name is not Justin, was a player on my husband’s football team. Both are Ozark Hillbillies, though they could be from any school in rural Arkansas, which is to say the vast majority of schools in Arkansas.

In a rural state where over 66% of kids qualify for free and reduced school lunches, there are a great many more Justins than Graces. It’s the public school system more than anything else that brings them together and offers equity. It’s the one place they are guaranteed to stand on common ground. Justin didn’t choose to be born into poverty any more than Grace chose the middle class. But because of school—miraculous, generous, beautiful, American public school—Justin can get out. Public school is his ticket to the American Dream.

Bills circulating in our legislature right now would void that ticket for the most vulnerable children among us—those in poverty, those with special needs, those with learning and physical disabilities—all of whom public schools are required by law to accommodate, whatever extra space, staff, and equipment are required. While voucher pushers promote their bills as supporting low income families and those with special needs, that’s a smoke screen for the real reason: corporate greed. Recently a bill was debated in the Arkansas House and marketed as a “scholarship” program to benefit underprivileged kids, although the income cutoff is higher than the average family income in Arkansas. Lobbyists paraded parents of children with disabilities—a total of two–lucky enough to receive one of these “scholarships,” to testify how their children benefited from private school experience. My heart goes out to them. But their sincere anecdotal experience fails to negate the fact that hundreds of thousands of rural students are harmed in states that funnel public tax money to vouchers. We don’t need that rip-off in Arkansas. Yet the bills are such wolves in sheep’s clothing most voters have trouble understanding the consequences.

To be plain, the way the scam works is that rich people receive tax credit for every dollar they put toward the fund to pay for private school vouchers. This means they can choose to pay tax only to support private school vouchers. It would be like if I passed a bill that set up a fund to pave my mile-long dirt driveway. Regular taxpayers—the ones who fund our shared public highways–would credit me dollar-for-dollar even though I’d never let anyone use the private road but my family and friends. Sticking with this comparison, I’d argue the legislature should do it because it would really help my family—we can’t otherwise afford a paved driveway–and it’s such a tiny amount of money no one would miss it. Of course, the most recent school voucher bill allows the fund cap to rise 25% per year. So in 10 years we go from that insignificant amount to 37 million. And in 25 years it rings up at over a billion dollars siphoned away from public schools.

The American Dream of Public Education

If this happens, the Graces of the world might have to move to an urban area, but they’ll likely be okay. They have networks of support to help them. The biggest losers are the least of these—rural children who have no transportation or parental support or ability to navigate the system that makes private school in a larger town an option. There are no real options for them but the public school. And as it loses more and more funding, the quality goes down. Less money means less teachers, bigger classes, run-down facilities, old technology, and fewer supplies. Instead of the great democratic space that convenes diverse community, schools become segregated into rich and private, public and poor. Special interest groups grow fat like dog ticks sucking the public revenue dry. Rural districts ultimately don’t survive, and the 66% of students who are Justins fall through the cracks, likely perpetuating the cycle of poverty.

It doesn’t have to happen—not here. But it’s time for patriotic Arkansans, we who believe in the American Dream, to stand together and stand strong for Arkansas children. Which means we stand up and fight for our public schools.