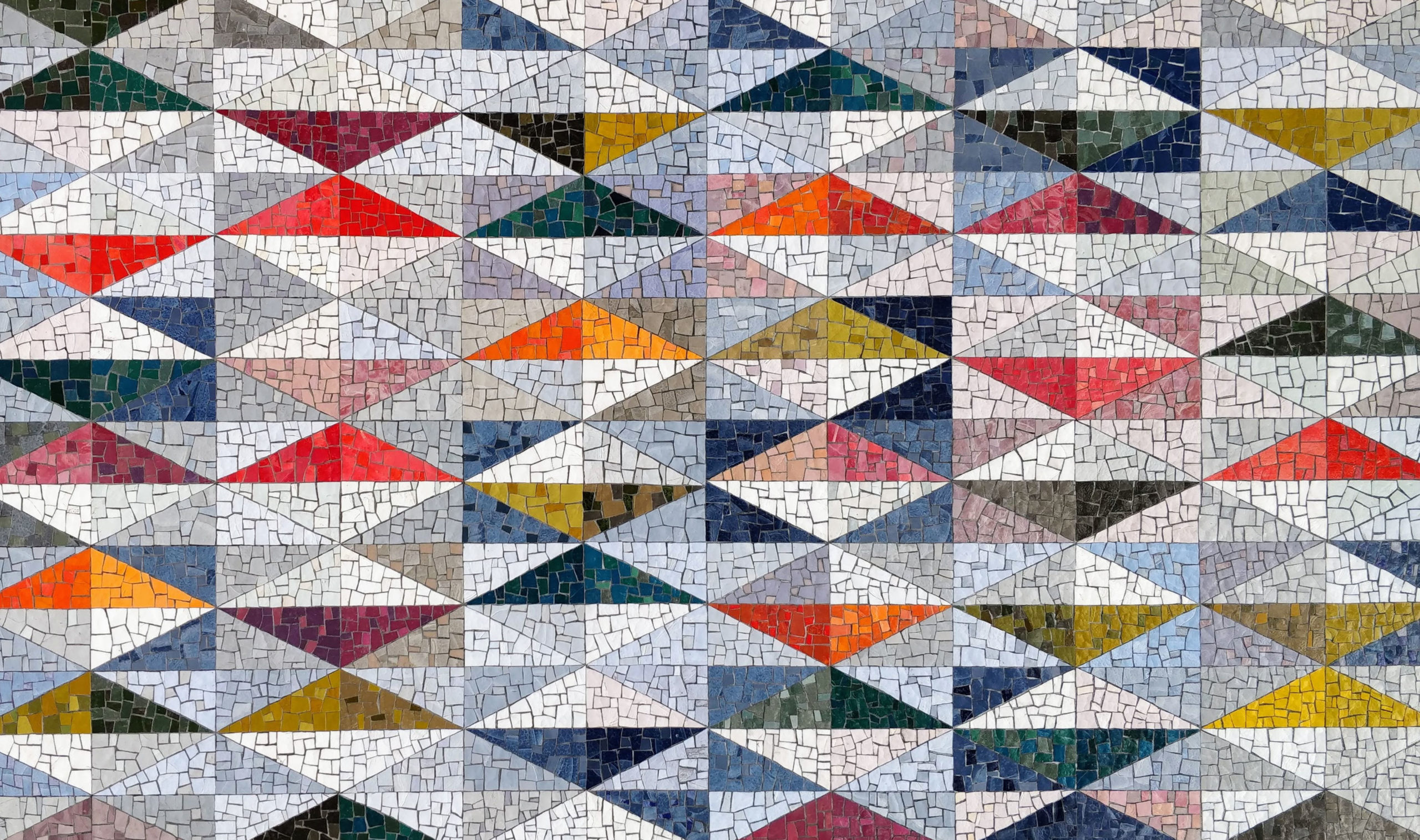 What is the Cooperative Baptist Fellowship?

Randy L. Hyde is the Interim Executive Coordinator of the Cooperative Baptist Fellowship of Arkansas. You can reach him by email at [email protected]

If you read my first article entitled, “Little Did We Know,” you are aware of how I view the fundamentalist takeover of the Southern Baptist Convention between 1979 and 1990. If you have not, I suggest you do so before continuing with the following. It will help with context.

The purpose of this piece is to introduce to you the Cooperative Baptist Fellowship (CBF).

Finally admitting that the SBC takeover was complete, and with any thought of progressive Baptists maintaining or reclaiming a place in the denomination having been scuttled, a group of bruised and battered, and now former Southern Baptists, met in Atlanta in 1990 to forge a new identity. And while a new “brand” of Baptists was given birth, raising the child proved not to be so easy.

In advance of CBF’s annual General Assembly in Orlando, Florida in June of 2000, the late Robert Parham wrote an op-ed special to the Orlando Sentinel, a ten-year retrospective. In Robert’s typical, succinct, get-after-it style, he said, “Leading Cooperative Baptist Fellowship members is like herding cats, while leading Southern Baptist Convention folk is akin to driving cattle.”

And there, my friends, you have the difference.

In truth, under the leadership of Texan Cecil Sherman, the first few years of CBF’s existence were spent largely reacting against what was considered the worst traits of the SBC. . . which, I suppose, given my own retrospective, was natural, if not necessary for these leaders in order to forge a new identity. For example:

In keeping with historic Baptist principles, the fledgling CBF refused to refer to this new entity as a denomination. Hence, the word “Fellowship.” Later, the term “denominetwork” would be introduced, but it never really gained traction. Though Southern Baptists have historically claimed the title of  “convention,” there has never been a felt need to shy away from being referred to as the largest Protestant denomination in the world. In fact, it is a matter of great pride to many. After attending a dozen or so annual convention meetings, if I had a nickel for every time I heard a speaker refer to the great Southern Baptist Convention, I could have retired much earlier than I did! The young CBF would have none of that.

CBF would vow to own no property. The SBC owns six seminaries, now led by those who either were involved in the fundamentalist takeover or were influenced or trained by those who did. Though it has since substantially diminished in size – as have many of the old denominational entities – the SBC still maintains a large publishing concern, sends thousands of missionaries across the globe, and holds sway over individual state conventions. . . what my late friend Robert referred to as the “minor-league teams.” CBF does indeed commission “field personnel,” and has state and regional organizations, but does not control what they do, nor tell them what to say. That has not been entirely true of the SBC.

In 2000, for example, the SBC adopted the revised version of what is called The Baptist Faith and Message, its doctrinal treatise. Prior to that time, any doctrinal document, such as this, was simply a guide to generally-accepted belief. With the advent of a new millennium, and the SBC now firmly in the hands of fundamentalists, that all changed. To remain a SBC missionary, whether national or international, this document had to be signed as an act of loyalty, something that had never, ever been required before. I personally know some who, sadly and with great difficulty, gave up their work rather than give in to such coercion.

CBF would not own agencies but would partner with like-minded institutions and ministries. One of the unforeseen and truly positive results of the SBC-CBF division, at least from my viewpoint, is CBF’s approach to theological education. Rather than own seminaries, which in the SBC operate under controlled and tight theological mandates, CBF has chosen to partner with a number of institutions that have been formed in the last thirty years, many of them affiliated with established universities and educational institutions. There are too many to mention in this piece, but I will give you a few examples: McAfee School of Theology, affiliated with Mercer University in Georgia; Truett Theological, associated with Baylor University; Baptist Seminary of Kentucky on the campus of Georgetown University; Campbell University Divinity School in North Carolina. Notable institutions such as Duke, SMU, and TCU have “Baptist Houses” where they train Baptist students for ministry. CBF of Arkansas’ partner institution is Central Seminary in Kansas City. But, CBF does not own them nor dictate how they operate. That, in my mind, is a major, and important, distinction.

Another distinctive of CBF life is its elevation of women in positions of leadership. I mentioned CBFAR’s affiliation with Central Seminary in Kansas City. Central’s former president is Molly Marshall, who was fired from the faculty at Southern Seminary in Louisville, my alma mater, for –  you guessed it – being a woman. And a smart, strong one at that! Molly once served on the staff of my former congregation in Little Rock, Pulaski Heights Baptist. Central is now led by Pam Durso, who for a number of years was president of Baptist Women in Ministry (BWIM). Prior to my coming as Interim Executive Coordinator of CBF of Arkansas, for more than two and-a-half years I was the interim pastor of First Baptist in Memphis. I am proud to say this vital congregation has now called Kathryn “Kat” Kimmell as Senior Pastor.

Chuck Poole was once asked why his church in Jackson, Mississippi ordained women as deacons and ministers . His answer was simple: “We ordain women because we baptize girls” (Galatians 3:27-29).

Walter B. Shurden is a Baptist historian, the retired head of the Christianity Department at Mercer University, alma mater to my two children. “Buddy,” as he is known to his friends, published a book on Baptists’ Four Fragile Freedoms. They are:

We are each accountable to God individually without the imposition of creed or the control of clergy or government (and I would add, denomination). This personal experience with God is indispensable to the Christian life and necessary for a vital church. This is sometimes described as the “priesthood of all believers.”

Baptist churches are free, under the Lordship of Christ, to determine their membership, leadership, doctrine and practice. This is sometimes known as “autonomy of the local church.” Individual churches should work together to achieve goals that one church by itself could not reach, (hence the presence of organizations like CBF of Arkansas).

Everyone should be able to worship (or not) as they feel led without unnecessary interference by the government. Just as religious freedom involves the freedom to practice religion, it also includes the freedom not to practice religion. If you can’t say “no,” your “yes” is meaningless. The separation of church and state affords an important constitutional protection of religious freedom for all.

Having noted the differences between the SBC and CBF, the question then is begged: why do so many Baptist churches remain affiliated with both? That is indeed a good question, and this is the only answer I can provide: old ways and habits, not to mention affiliations, die hard. Many of my former congregants simply found it too difficult to walk away from what they had known all their lives, even though what they had known no longer existed. With the desire to serve Christ locally and internationally, the SBC provides comfortable and familiar channels by which one can be a part of the “Baptist way of life and faith.” Even if you aren’t Baptist, you may have heard of Lottie Moon and/or Annie Armstrong, two women for whom international and “home mission” offerings historically have been named. Interesting, isn’t it, that these major offerings are named for women who could not preach in many a Baptist pulpit?! They could “speak,” but not preach, an important distinction to many SBC’ers. The Cooperative Program, a central fund endowed by individual churches to support agencies and finance the work of missionaries (see my previous article), is deeply embedded in the SBC, not to mention broader Baptist, psyche. It is hard to throw away old wineskins in favor of new (Mark 2:22).

I refer back to Robert Parham’s earlier remark about herding cats. If you get the idea that I think CBF is perfect, please. . . no. We’ve made our fair share of mistakes, which may just be the subject of a future article. After all, confession is good for the soul. It has taken us years to put the old wineskins behind us in favor of the new. But I can think of no better way to be Baptist in today’s climate. Perhaps, some time down the road, a new and superior way of thinking and doing will come along. I leave that to the next generations to consider. As it is right now, for all the reasons I have enumerated – and more – I choose to affiliate with the Cooperative Baptist Fellowship, and invite you to join me in the journey.