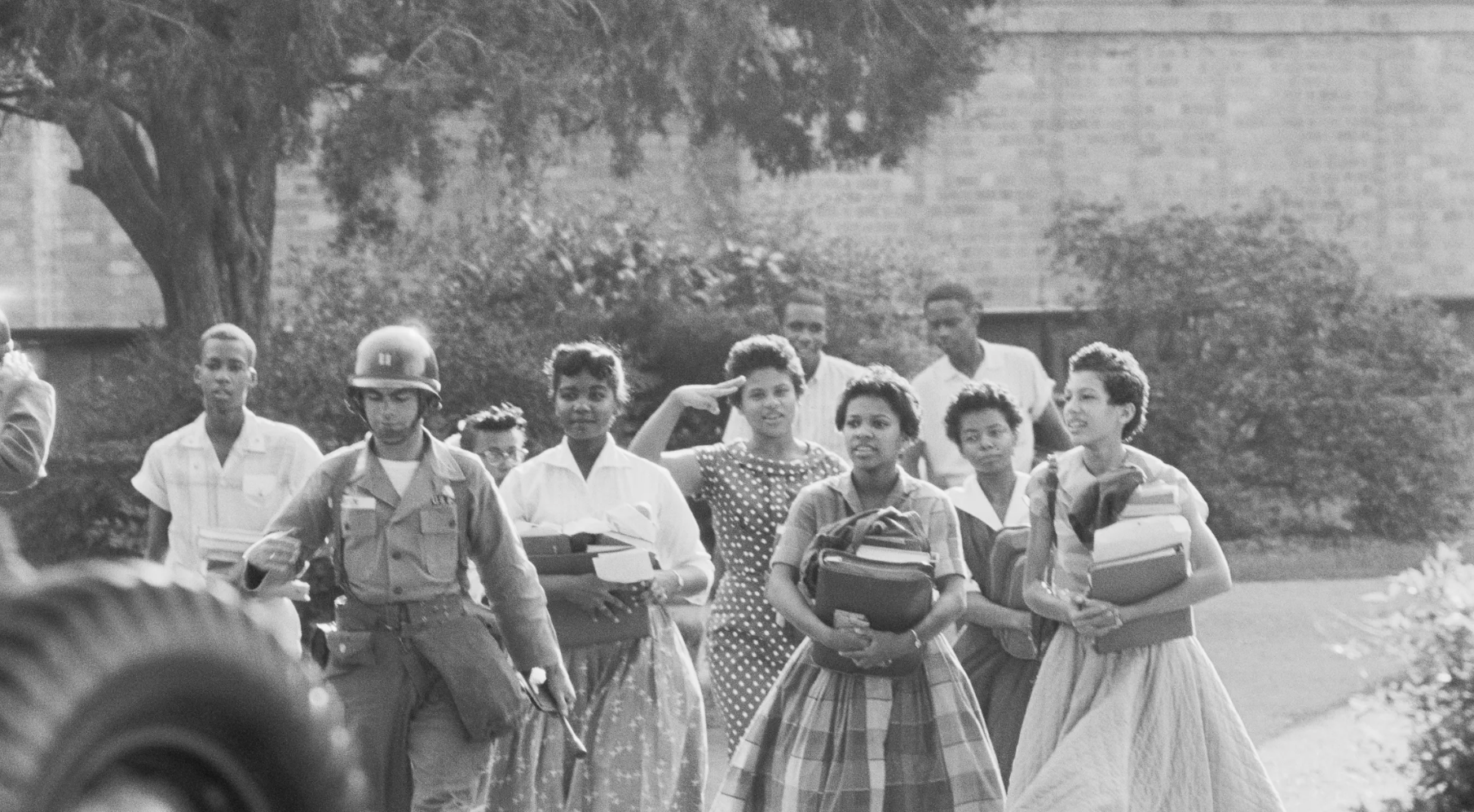 By Arkansas Strong January 4, 2023 No Comments

Strength is not only the power to exact change, but also the endurance to persevere. There are many examples throughout Arkansas history in which we not only used our power to exact change, but powered through the adversity plaguing us with strike. The most prominent example that comes to mind is when the Little Rock Nine stood up against segregation, and started to integrate into Little Rock Central High School. They used their strong wills and powerful minds to go against social and political practices. Understanding that though the fight would be tough, the positive ramifications it would have on the next generations was worth the price.

That sort of selflessness and self sacrificial mindset is the embodiment of Arkansas strength. They were met with many threats against not only their lives, but of the lives of the people they hold dear. Unfortunately the threats did not just stop at verbal assault. Many of them, Like Ernest Green, were physically assaulted by their white classmates. Even amidst the violence, they did not stop persevering. They were able to use their strength to start the integration process, but the battle was far from over. In 1958, Little Rock high schools were closed for an entire academic year. An attempt to ice out the strong willed Arkansas, amidst the political, social, and legal controversy. But they did not back down, they remained headstrong and waited for their time to shine. In May of 1958, Ernest Green became not only the first African American student to take classes at Little Rock Central High School, but he also became the first African American student to graduate from there as well.

This cataclysmic moment became the first ripple in an ever changing title wave that swept the nation. Little by little, other districts, cities, and even states started to use the Little Rock Nine as a symbol for hope, and a symbol for change. This would not be the first or the last time that Arkansas has become a beacon for hope and an inspiration across the nation. In 1992, Arkansas native Bill Clinton was elected as President of the United States. Bill Clinton was able to take all the core values that Arkansans hold dear, and amplify them on a nationwide scale. During his presidency, the United States saw its lowest unemployment rate in the past 30 years. He was able to create more than 22 million new jobs. Just like the Little Rock Nine, he used his power to enact change. He ensured internet access to over 95 percent of all schools, he raised the educational standards, which increased reading and math scores on the SAT. Overall Bill Clinton and the Little Rock Nine are perfect examples of what make Arkansas strong. And that is the fact that Arkansans are strong willed and well mannered, always fighting to tackle injustices and inequalities they see. Arkansas is strong because it sees where change is needed, and becomes that change.