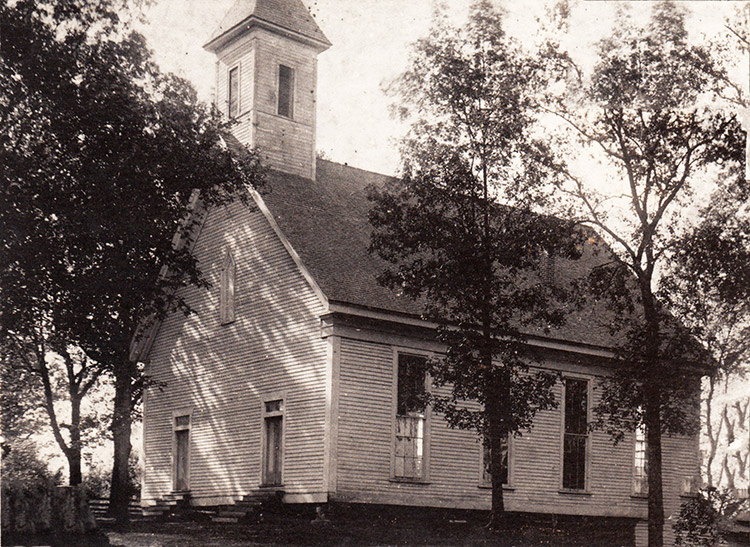 In 37 or so simple stories and a few sermons, Jesus paints a picture of the kingdom of God. We can call this picture The Gospel Story. His parables and sermons hold together. They have the ring of truth. They have a power that’s nowhere else. Jesus had what Simon Peter called “the words of eternal life.”

I grew up knowing the parables of Jesus before I knew much else. That’s because my father was a pastor. He preached every Sunday—and twice on most Sundays because we had Sunday night worship. Every time my father preached, I was there. Dad had a great love for Jesus’s parables. Well over half of his sermons were on the words of Jesus. I heard them over and over. I don’t remember getting tired of them because they opened to me a world that I loved—and I still love it.

In 1998 I attended a seminar that George Barna (a religious researcher) led at a church in Tulsa. Barna said two things that have stuck with me. First, his research has determined that fewer than 10% of Christians have a biblical world view. Think about that! Every week millions of professing Christians attend worship, sit thru Sunday school lessons, and engage in other religious observances, yet the vast majority of them have never really heard the Gospel Story. It has not taken root as a guiding force in their lives.

Second, Barna’s investigations into the ethical behavior of American Christians have revealed that conservative evangelicals (the group with which Barna himself identifies) are no more moral than the rest of society. That is, evangelicals are guilty of marital infidelity, substance abuse, domestic violence, and an array of other misdeeds at about the same rate as everyone else. In fact, in categories such as divorce their behavior is worse than average.

Barna’s findings seem to go together. A huge number of evangelicals, despite their loudly proclaimed religious allegiances, have never really heard the Gospel Story. It certainly isn’t the guiding force in their lives.

A good measure of any religion should be: What kind of neighbors does it create? Sadly, Christians have all too often not been good neighbors. In fact, there is much to suggest that way too many of today’s church people are very bad neighbors.

We can see this by looking at many of the state legislators in our nation who are passing measures that hurt people. The vast majority of these legislators are self-proclaimed Christians who claim to be doing God’s will. The test of this should be in how their actions affect others.

In about half of our states one of the biggest activities at present is gerrymandering. Its aim in almost all cases is very clear. It’s to minimize the voting strength of minorities and maximize the strength of the legislators and their political party. It’s to gain unfair political advantage. When such forces of racism and partisanship appear in society, it’s a sure sign that very bad neighbors are hard at work.

The banning of abortion is the really feel good issue among our legislators. They beam with satisfaction that they are “pro-life,” and they try to outdo each other in being the most pro-life. What they are doing in a great many cases is victimizing some of the most vulnerable people in our society. They show no sign of understanding the highly complicated physiology of pregnancy and childbirth. Some girls are pre-teen when they become pregnant. There are reports of pregnancy as early as age 9, and of course this is always under very undesirable circumstances. In many cases legislators don’t want to allow for any circumstances of pregnancies. They want to saddle women with 100% of the burden of every pregnancy. The men, who are equal partners in conception, often disappear into the night and never shoulder any responsibility. Many legislators want to enact the harshest penalties against pregnant women and their caregivers if they don’t obey their draconian laws. They want to strip women of any say in their healthcare and become dictators to medical professionals. Yes, we actually have neighbors who want to treat us this way.

The legislators about whom we’re talking (church people, remember), have more ambitions. They want to intrude into the lives of LGBTQ people. Once again, they act out of a combination of ignorance and mean spiritedness and with the smug assurance that they possess all truth and are on God’s side. They seek to block trans youth from receiving the medical care they so desperately need, and they want to discriminate against people on account of sexual orientation. Sadly, they have an insufficient knowledge of sexual orientation and of the Bible. They frequently quote the 6 or so passages in the Bible that appear to deal with same-gender sexual behavior. This matter is not as clear cut as they think. These passages present difficulties of interpretation that many Bible scholars have lifted up.

All Who Are Weary

One such scholar is David P. Gushee, who grew up among conservative evangelicals and became a Southern Baptist pastor. Gushee embarked on a long academic career and earned a Ph.D. in ethics. For many years he was not sympathetic to LGBTQ causes, but over time his views shifted due to his deepening knowledge of the Bible and the many personal relationships he formed. In 2014 he published Changing Our Mind, in which he broke with his earlier views and argued for full acceptance of LGBTQ Christians in the church. Gushee became convinced that these 6 passages in the Bible have been widely misinterpreted, and he deals with them point by point in his book. Gushee’s thought is readily accessible on YouTube. If you enter a search for his name, up will pop lots of lectures, sermons, and interviews that he has given over the years. Of special interest is his 11 minute talk, “You’re Hurting Me With Your Bible.” He details the journey has made on LGBTQ issues in the 34 minute lecture he gave at Elon University 6 years ago.

LGBTQ issues have been highly divisive among Christians. In recent years four of the larger mainline denominations have decided to fully accept LGBTQ people. It was a rocky journey in which these churches lost lots of members over the issue. The vast majority of churches in America continue to stigmatize and marginalize LGBTQ people in a variety of ways. Religiously affiliated people are significantly less accepting of LGBTQ people than are the rest of the population. This nonacceptance is highly concentrated in the more conservative religious groups.

LGBTQ people share predictable struggles. They react to disapproval like we all do. They sometimes try to change. They ride a roller coaster of emotions as they try to come to terms with who they are (this was not a choice, remember) while knowing that they can never become what others wish them to be. They suffer from depression and thoughts of suicide. They dread the time of coming-out and being rejected. At the time of their greatest vulnerability, when they need good neighbors the most, they often don’t find them in their church or in their legislators or even in their families.

We could cover other controversial issues that involve similar dynamics. That’s because far too few people who occupy the pews in our churches have really heard the Gospel Story. Jesus’s message of extravagant love, acceptance, and grace is not the force that drives them. Their behavior is no more moral or commendable than the behavior of religiously non-affiliated people. In fact, it’s often worse. They are not good neighbors. They hurt other people, especially the most vulnerable. The most astounding thing of all is that they do what they do in the name of God.