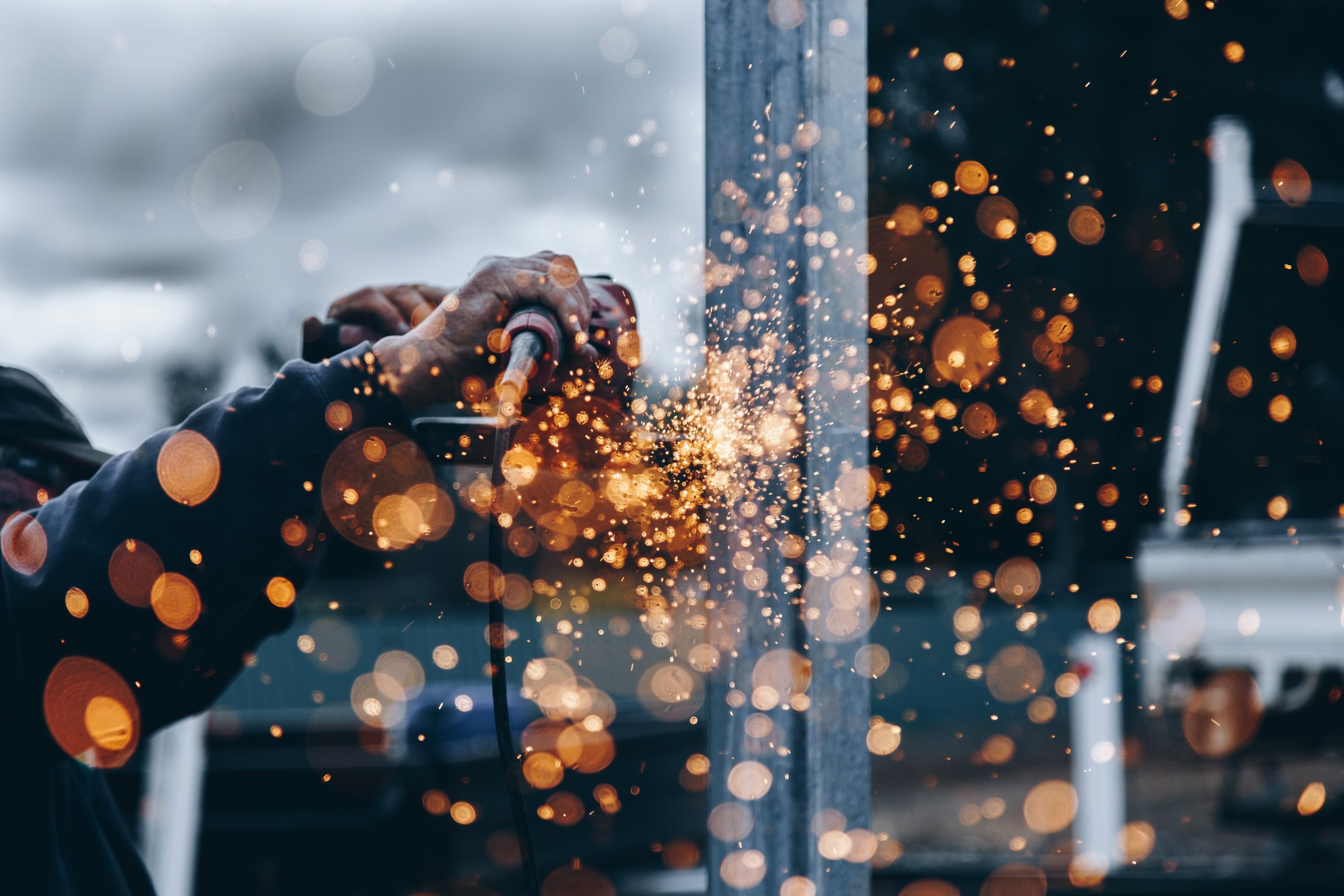 Gabby, Wielder of Fire and Flames

It was August 1, 2019. Just another normal day at work, or so I thought. I arrived early that day. It was hot outside. Sweat beads were already starting to form on my nose. I did not want to go inside the “big metal oven,” my nickname for the building in front of me.

The copper factory where I worked was always a melee of gas torches, smoke, and burning metal. Before I went inside I would always stop and drink in one last breath of fresh air. Every day, as I walked through the back entrance and onto the factory floor, a familiar burning, metallic smell would greet me. I would instantly transform from Gabby, mother of two, to Gabby, wielder of fire and flames. My job was to braze copper. It was fun, and I was very good at it.

Every day, as I walked through the back entrance and onto the factory floor, a familiar burning, metallic smell would greet me. I would instantly transform from Gabby, mother of two, to Gabby, wielder of fire and flames.  Click To Tweet

That day, I remember my boss rushing up to me as soon as she saw me. My shift didn’t start for another twenty minutes, but she was in a panic. There were copper parts that needed to be completed and shipped within the hour. She needed me to start on them right away. I told her yes, but inwardly I was thinking, “Damn. I hope the rest of the day is not like this.” I hadn’t even clocked in yet or gone through my normal routine to prepare for my shift. I didn’t like feeling rushed. I remember feeling anxious about it. And I had no idea this was just the beginning of the worst day of my life.

As I walked toward my work area, I noticed it was not set up. Everything was a mess. Boxes of spare parts were just ditched there and left for me to clean up. I was pissed. As I set up my station to begin brazing, I saw that the whole configuration of gas pipes that feed my torch had been changed. Yet no one told me. With the pipes changed, I didn’t even know how to start my machine. It felt like a slap in the face. Anger rose up in me, but I shoved it down and continued to work. Eventually I figured out how to start my machine. For a moment, my day seemed finally to be headed in the right direction. I knew the worst was behind me.

That’s when it happened. All I remember is seeing a wall of fire running from floor to ceiling all around me. I felt the air in the building being violently sucked upward. For a split second there was a pause, like the building held its breath. Then a massive explosion. It sent flames and debris flying. It was only later that I found out a leak in the new pipe configuration was the cause of the explosion. When I regained consciousness, I was running. Everything seemed to be in slow motion. I couldn’t hear anything but a low, loud humming in my ears.

What I will never forget is the excruciating pain. The severe burns. The scars I wear every single day remind me: a terrible thing happened. But I survived.