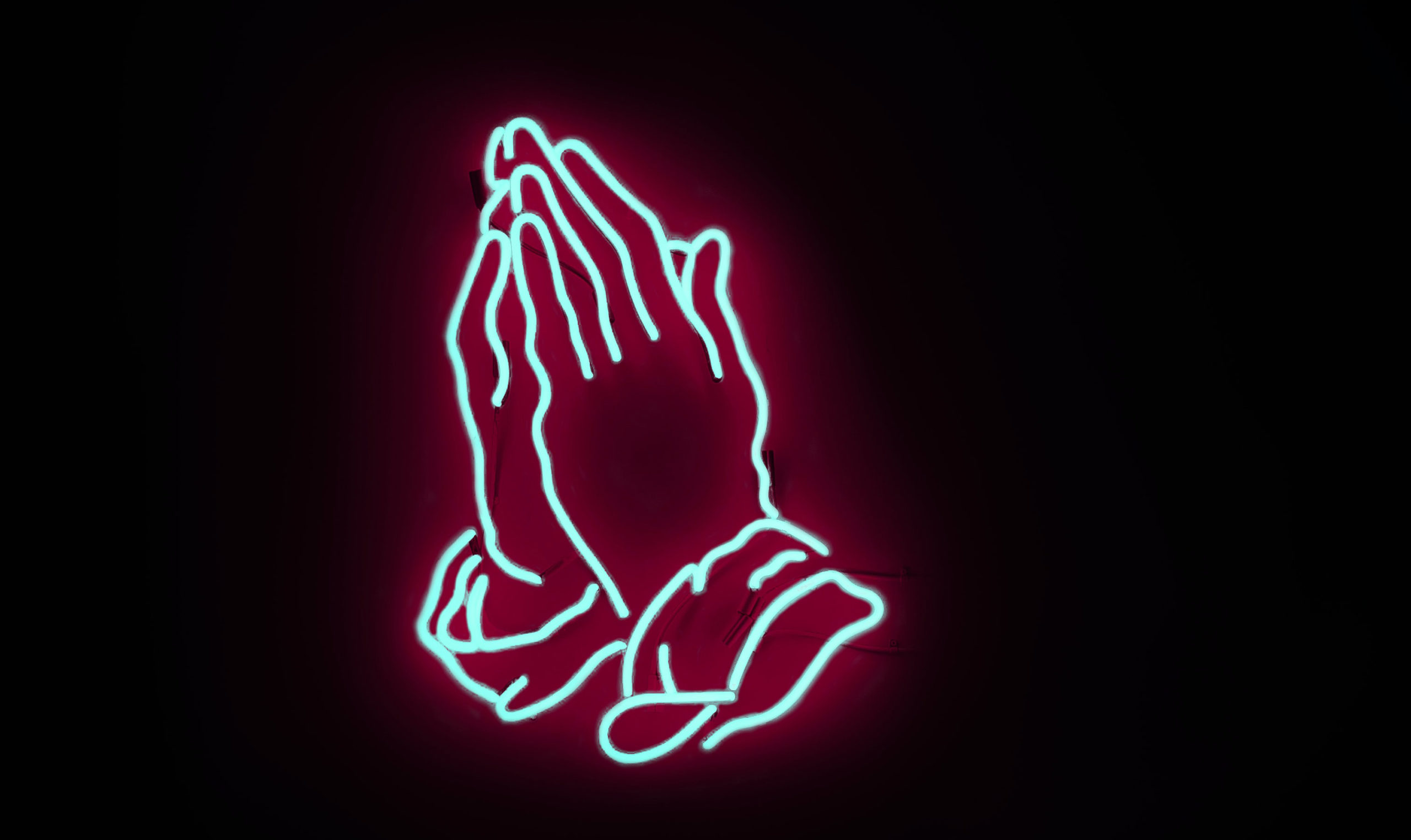 Jesus Rode a Donkey:
Why the Church and Progressives need each other

I grew up in a small town in Arkansas, tucked away in the Ozarks. Most of the people there are Baptist, but I grew up in a sweet little Methodist church. Looking back, the church was politically diverse (considering the region). We had a good mix of known liberals and conservatives, including an up-and-coming GOP state senator.

Debate in the United Methodist Church

The United Methodist Church (UMC) is known for being one of the more progressive protestant denominations in the United States and will be voting on whether to recognize same-sex marriage and LGBTQ clergy next year in the upcoming General Conference. The result of this decision is expected to split the church in two, as this has become a hedge issue among conservative and progressive Methodists that just won’t result in a verdict that leaves everyone happy. For some conservatives, it’s been a factor that encouraged them to leave the UMC entirely. For progressives, we see it as an overdue and necessary step towards the formal inclusion of queer people into the body of Christ.

These kinds of debates aren’t necessarily “special” to the UMC, but it is ground zero for a new divide in American Christianity: An increasing split between self-described “Conservative” and “Progressive” Christians who view the scriptures from different lenses. Conservatives tend to be more literal and fundamentalist, while Progressives are less literal and are becoming more affiliated with a movement known as “Deconstructionism,” referring to the practice of revisiting and rethinking long-held beliefs of the Faith. Many in the Deconstruction movement are adherents of “Liberation Theology,” emphasizing the liberation of the oppressed from social, economic, and political power structures; with the movement having roots in Latin American Catholicism. Pope Francis is a notable Progressive, specifically on economics. As stated above, I’m in the “Progressive” camp, just so you’re aware of my bias (If the title didn’t give it away). It’s also important to note that being a “Progressive Christian” does not necessarily correlate to being a political progressive, and vice versa.

The UMC is not just limited to being relatively liberal on gay rights. The church recognizes women as pastors, has spoken in solidarity with the Black Lives Matter (BLM) movement, and the necessity of the eradication of global poverty. As a kid, I saw so many amazing people in my church get involved with the United Methodist Committee on Relief (UMCOR) or other service projects in the U.S. and globally. During the pandemic, the UMC has spoken forcefully in favor of church members receiving vaccinations and listening to health experts, while also advocating for government leaders to be responsive in getting vaccines to rural, impoverished, and non-white communities. While no denomination or church is perfect, the UMC has done an amazing job of recognizing something I don’t really see from most other churches: social justice and faith in action are both essential to and intertwined with the Gospel.

Progressive voices of the faith

In my life, I’ve cast 3 votes for President: Hillary Clinton, Elizabeth Warren, and Joe Biden. What do these three flawed politicians have in common, aside from the obvious? Yes, they are Democrats, but they are also highly religious. I can hear the rage comments now… “Killary isn’t a Christian/they believe in abortion/they’re with the devil…”

While mainstream American Christianity is dominated by the Southern Baptist and Evangelical traditions, which at this point are as firmly rooted in the Republican Party as low taxes and AR-15’s, the idea of Democratic politicians being religious is a foreign concept to lots of voters on both sides. Separation of Church and State is engrained in the minds of progressives, and most conservative Christians tend to think that supporting policies like reproductive choice or same-sex marriage means you’re not actually a Christian. (Or at least you’re going to have an uncomfortable conversation with the big guy after death). Many Catholic Bishops openly criticized President Biden’s right to communion because of his pro-choice politics, despite him being a devout Catholic and a regular attendee to mass. Clinton and Warren are both UMC members, with Warren invoking the Gospel of Matthew’s Parable of the Sheep & Goats as the basis for her politics; and Clinton speaking candidly about her daily devotional during the 2016 election, titled “Strong for a Moment Like This,” written by Rev. Dr. Bill Shillady.

As I mentioned earlier, the mainstream American church is dominated by the influences of the Southern Baptist and Evangelical traditions, firmly planting the politics of the Church on the right of the political spectrum. While Jesus belongs to no party or ideology, I cannot begin to describe both the short- and long-term harms this is doing to the Church. The obvious is Donald Trump, and the relative indifference of the Church to his egregious assaults on political norms and democratic institutions. However, it goes so much deeper than the behavior of the former President. Senator Ted Cruz, the poster-boy of Evangelical Conservatism, lead an effort to invalidate the 2020 Electoral College votes. In Arkansas, GOP State Senator, and candidate for Lt. Governor-Jason Rapert-is renowned for his inflammatory statements on twitter, while professing a fervent and zealous devotion to Christ. Should I even mention Jim Bob Duggar? Republican politicians and ideologues have been prone to problematic behavior and policies, including the demonization of immigrants, mocking movements for racial justice, and labeling any social welfare spending “socialist,” all while invoking Christianity in the same breath.

Woe to those using the Church for hate

I know people who have left the faith entirely, because of the sheer disgust they have felt watching the Church not only be silent, but often engrained in, the politics of the right. Let me make clear that there are millions of good people who find themselves on the conservative side of the fence, and their politics & faith are just as valid as mine. The issue is that not nearly enough of these people have spoken out against the increasingly cruel politics and the cult of personality surrounding Donald Trump. This is only accelerating the decline of Christianity in the United States, with irreligion on track to be the majority religious consensus as early as 2035. While there are certainly problems on the left, the political marriage of mainstream Christianity to the Republican Party will continue to push away from the faith those who cannot accept Donald Trump as the face of the party of supposed Christian values.

Progressives are also hesitant to talk about faith in the pursuit of the policies and justice we seek for society. We are warry of sounding “churchy” or alienating voters from our message who don’t profess Jesus. After all, Progressives are much more religiously diverse than Conservatives, and many Progressives don’t subscribe to religion at all.

But at the core of Progressivism is representing the interests of ordinary people. From collective bargaining and tackling gross inequality to addressing the impacts of systematic racism and the necessity of environmental preservation, there are massive overlaps in values between Progressives and people of faith (in particular, the Christian kind). However, only about a quarter of Americans identify as liberal or progressive. What gives? Well, you’d be surprised how few Christians know about the overlap in values. The Christian-Right has done a phenomenal job of turning so many Christians into one issue voters: the issue of abortion.

When bringing up abortion, it’s important to make two points crystal clear: (1) There are valid views by people on both sides of this issue, and (2) most Americans fall into the category of “Pro-Choice with conditions,” i.e. favoring the legality of abortion while also supporting limitations that restrict later stage procedures, such as late term abortions. A slim majority of Christians classify themselves as “Pro-Life.” What the Right won’t tell you is how Pro-Life we Progressives really are. We support policies that mandate sexual education based on science instead of abstinence, and easier access to birth control, so that teens are knowledgeable about sex and can prevent unwanted pregnancies. We advocate for economic policies such as higher minimum wages, access to affordable healthcare, and educational opportunities via college or trade school that give young adults economic mobility; allowing them to start a family, without falling into deep financial distress.

Too often, the issue of abortion is only seen as a moral issue instead of an economic one. There are thousands of young women who simply do not see a viable financial path to having a child, and the tragic realities of the Foster Care system too often do not leave adoption as an alternative either. While Conservatives are prone to stop the conversation at birth, Progressives should talk more about how we actually have the solutions to making abortion unnecessary, without taking away a woman’s right to bodily autonomy. And that message should be directed towards Christians, who for too long have been written off by Progressives as simply being closed-minded or religious bigots.

Progressives: get out of your bubbles

The elitism of the Progressive movement is also a major problem to its success and is a reason why Democrats are prone to only win elections when the opposition is just insanely bad. (Remember “basket of deplorables?”) Progressives tend to be city-dwellers, stuck in their blue bubbles and sipping their chardonnay, worried about issues like global warming (albeit, a valid concern), while people in the middle of the country are living paycheck to paycheck and seeing the talented youth of their towns meander to big cities for job opportunities and like-minded values. You just can’t really worry about global warming when you’re not sure how to pay for the necessities. While there are still plenty of poor Democrats and affluent Republicans, new trends show that Democratic congressional districts are becoming more urban, wealthier, and formally educated. Republican congressional districts are becoming more rural, poorer, and less formally educated. There also happen to be more districts that lean GOP than DEM in their Cook Partisan Voting Index (PVI). So how can Democrats (Progressives) fight this elitism and win elections? Head to the Church.

In Christianity, we are taught that we are all made in the image of God. There is value in every single person. And though the Church has done plenty of horrible things while it has been a power structure (Crusades, Inquisition, persecution, hanging out with fascists, etc.), the Church’s roots are those of humble origins. Jesus, a brown refugee, and working-class man, stood in defiance of the religious and political elite of his day; He began a movement of mostly women and slaves that would turn into the world’s most dominant religion, built on a foundation of radical love. This shared recognition of the value of human life, and our commitment to seeing through social and economic justice, means that Progressives not only have a home in the Church, but the Church needs Progressives to be a political voice of the faith. If not, Progressives will continue to be a minority in this country for the foreseeable future, and the Church will continue to only be associated with the problematic political right. For Christianity and Progressivism to survive for the long-term, it’s time for the Left to go to church.

• How America Lost Its Religion – The Atlantic

• The Age of Deconstruction and Future of the Church – RELEVANT (relevantmagazine.com)