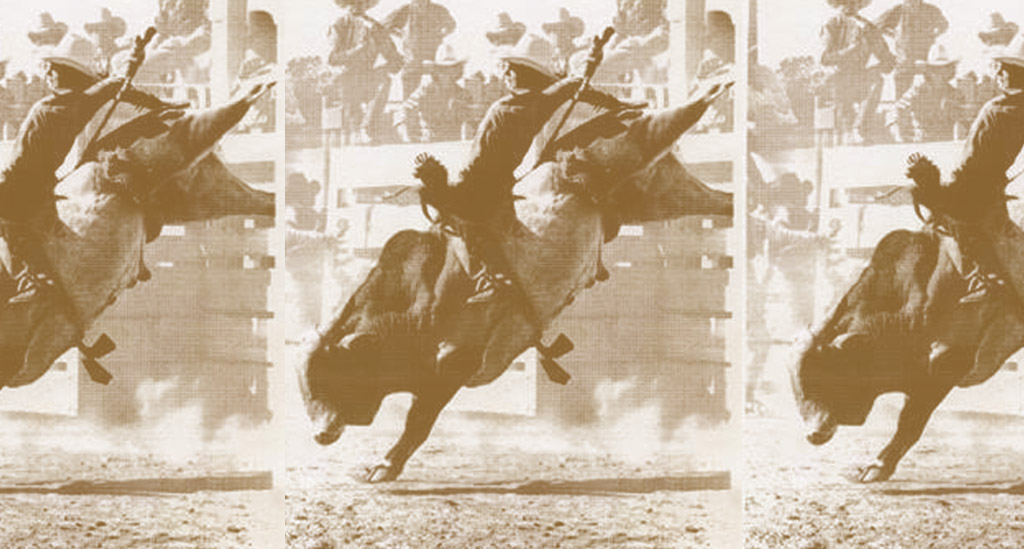 I am going to tell you about my first time getting on a bull. This experience made me who I am and who I always will be! It is a lifestyle of no regrets. Every weekend I am in another town on another bull. The way this all started is a nice tale to tell.

I had been working on a ranch for about a year and a half when I turned sixteen. I had been telling my dad I wanted to ride a bull in a rodeo for about seven months before this, but he kept telling me no. I was bound and determined, so I asked my cousin if there was any way that he would let me use his gear to get on a bull at the next buck out. He said yes, so we started planning it out.

I went and talked to my dad again the next day to enlighten him that on January 6, 2018, I was going to get on my first bull, whether he approved or not, because my cousin (who was a bullfighter at the time) said he would sign the paper. This paper states that if you are seriously injured or killed, you or your family members cannot sue the rodeo company. Well at this point, my dad decided he wanted to go with me to the bull riding!

The day came. It was a crisp, cold, Arkansas morning in January. Frost on the ground, sun in the sky, and my family in the car on the way to the buck out. I can still remember shaking inside on the way there. Butterflies floating in my stomach with every mile we came closer to the arena. We finally got there after what seemed like an eternity. I drew a bull and started to get ready. First, I put on my long sleeved shirt, then my vest. Then I rosined my rope up and got it real sticky. Once I put those spurs on the heel of my boots, I knew I had to mean business.

When I got on the back of the chute and said my prayer, everything seemed surreal—like my wildest dreams unfolding in front of my eyes. I crawled down onto my bull’s back to let him know it was almost show time. I remember the way he snorted and threw his head back. I was terrified, but at the same time, I had never been so comfortable and never felt so alive. They pulled the rope tight in my hand and he jumped real hard and almost threw me into the chute head first. I stayed with him though and did not let it intimidate me. I put my hand in my bull rope and felt it pull tight. I slid up on my rope and nodded my head.

I heard the gate latch clink and all at once, I felt a huge explosion of power. The bull was slinging his head and throwing slobber everywhere. I stayed with him the best I could trying not to let the feeling fade away but after about five seconds all I felt was the dirt and a set of horns in the facemask of my helmet. I had used my cousin’s gear so after I got out of the arena I was fine and I had loved it so I turned to my cousin and said “How much to buy the gear right now?” He said sixty dollars, and I bought it.

I have been chasing rodeos for three years now. I get better every time I nod my head. This is a very dangerous sport; I experience many injuries. I have had my sternum crushed, three concussions, two torn medial collateral ligaments, and my left shoulder jerked out of socket multiple times. I know that every time I turn a bull outside could be the last time. I am willing to risk that to be the best at every rodeo.

Bull riding gave me a whole new dream. I never would have seen myself where I am, but now I could not imagine being anywhere else in this life! I eat, sleep, and live bull riding, and that is the kind of attitude you have to have to last in this sport. It’s a very mental sport. The late Lane Frost said, “It’s 90% mental and 10% in your head!”

That first ride made me who I am; it opened the chute of my life. Click To Tweet

I believe life takes people in multiple different directions, and it shows people what they need to know. That first ride made me who I am; it opened the chute of my life. I would not change a single thing about that day.